Skip to content
Menu
PCP Information
Information you need to know from around the globe
Home Destination Guryong, Slums Portrait of Social Inequality in Korea
Comment

Since Korean dramas and K-pop have become a new trend in the world, South Korea has earned quite a bit of income from the entertainment industry. In 2019 alone, launching from sompi.com, South Korea earned an income of 11.3 billion Won or equivalent to Rp. 133.23 billion just from K-pop royalties. This number does not include Korean dramas or variety shows South Korea which also has many fans around the world.

Seeing such a fantastic amount of income, of course it is natural to think that South Korea is now a developed country and its citizens live well. Unfortunately, in reality, it is the opposite.

In South Korea, social and economic inequality has become an old issue that still cannot be resolved. The problem still persists even until the leadership changes.

Gangnam district, is known as a luxurious and sparkly city. Directly adjacent to Gangnam, there is a village called Guryong Village. 180 degrees different from Gangnam, Guryong is a slum area in South Korea.

What is the portrait of the area and how is the local government dealing with it?

Guryong, a portrait of social inequality in South Korea 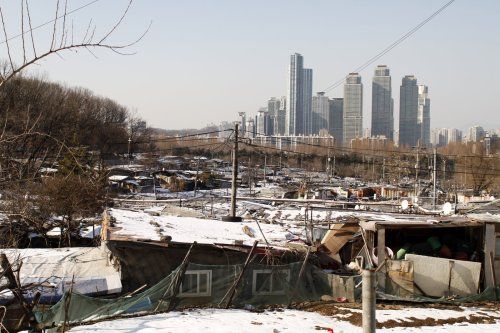 Gangnam District is known as an elite area with a high cost of living in South Korea. To have a place to live there, you have to spend up to 2 billion Won or the equivalent of US $ 1.8 million. Even that, you only get one standard-sized apartment unit instead of a house and land.

Shift a little from Gangnam, you will find Guryong Village. In contrast to Gangnam which is filled with high rise buildings, Guryong is a slum area. On average, houses in these villages are built using improvised materials and are very prone to fires, because they are attached to one another.

Just looking at the photo, you can already feel how social and economic inequality is very visible here, right? 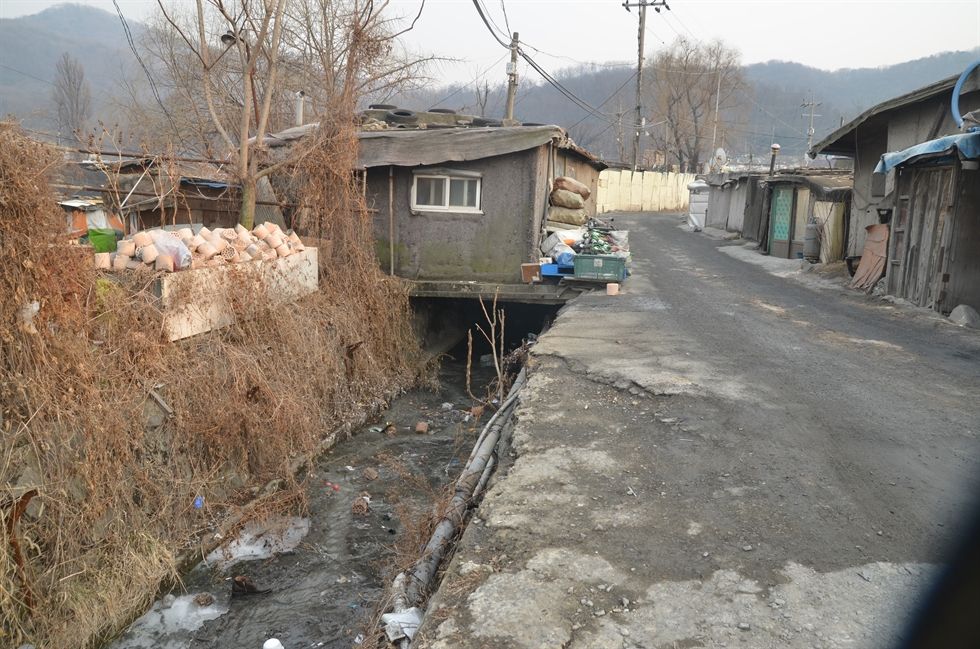 Launching from Bloomberg.com, Guryong is occupied by about a thousand poor families with very little income. Most of them work odd jobs, day labor, and scavenge used bottles to earn US$ 10 (equivalent to Rp. 145 thousand) per day.

The South Korean government wanted to evict Guryong Village and use the land to build 4,000 subsidized housing units. Local residents and land owners agreed to the proposal provided the government compensated land ownership of US$1 billion or 1.18 trillion Won.

The South Korean government could not accept the proposal. They could only provide compensation of US$383 million or only 30% of the proposed amount. Because there is no middle ground, this problem still continues to this day.

Guryong emerged as a result of the 1988 Korean Olympics 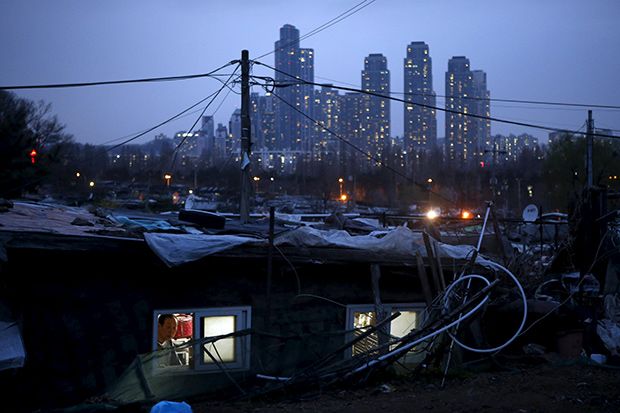 Judging from its history, Guryong Village cannot be separated from the 1988 Korean Olympics. At that time, massive construction took place in Seoul to welcome the biggest sports event in the world. Many houses were evicted to build venue 1988 Korean Olympic Games.

As a result, those who are displaced and have no place to live, try to find shelter. Until finally, several community groups affected by this eviction chose Guryong as their new place of residence.

Since 1988, the community has occupied Guryong for free and is not recorded in the government’s population records. However, they were able to live a normal life and collectively began building churches, waterways, electricity, and kindergartens. In recent years, Guryong Village has come to the attention of the local government. 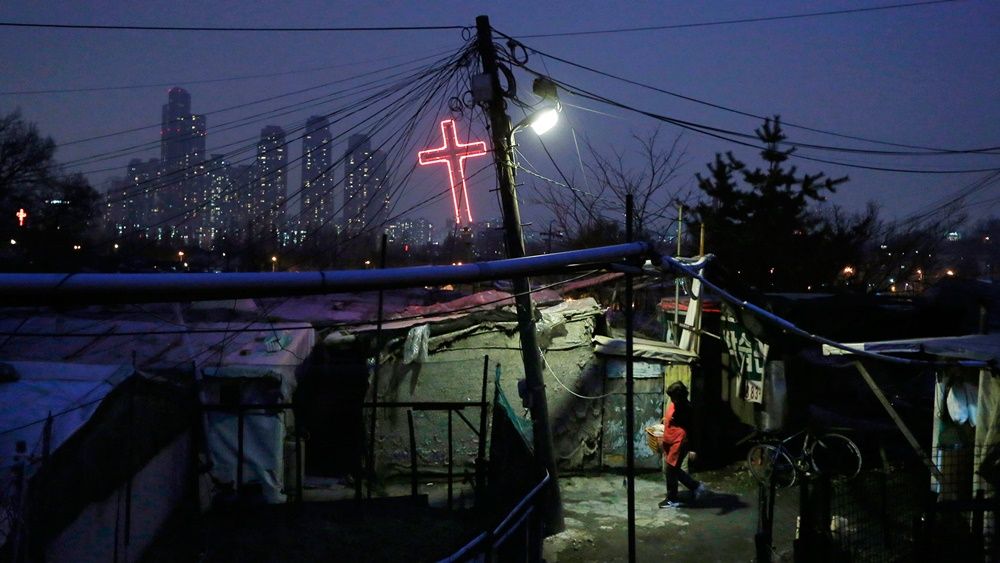 The difficulty of reaching an agreement that does not harm both parties, between the Guryong people and the South Korean government has created another problem. The people of Guryong are afraid that at night, unknown people will burn their village to get a piece of land to be used as subsidized housing.

The residents of Guryong fear that the events of 2009 in a slum village in Seoul will happen to where they live. At that time, the government wanted to build a building in an area. Because the residents did not give the land, clashes were unavoidable. Fire broke out and claimed lives.

Therefore, the residents of Guryong often go through tense nights. They take turns guarding the border and forbid anyone to enter and exit their area to avoid things that are not wanted.

The gap between Guryong and Gangnam has become a serious problem in South Korea. In fact, this is often the target of social criticism for the art workers there.

For example, the luxurious living conditions in Gangnam were once quipped by PSY through his popular song “Gangnam Style”. In the MV, PSY shows how he can live in luxury according to the Gangnam lifestyle.

In addition, the condition of social and economic inequality has also been raised in the 2020 Oscar-winning film, Parasite. The film shows, that in the same city, social inequality is so pronounced and even downright unfair.

That was the portrait of Guryong Village which showed the other side of sparkling South Korea. What do you think, Bela?