Bela, of course we believe that in this world no human being has the exact same body shape and structure. There are differences in the structure and number of bones in humans, especially in adults and infants.

Infants, for example, have more bones than adults because the baby’s skeleton is dominated by cartilage. As the cartilage grows, it will fuse, so the number of bones will decrease. This also applies to the skull.

The skull is a part of the human skeleton that functions to protect the organs in the head. When a baby is born, the skull is still cartilaginous and the spaces between the bones are wider. This allows changes or deformations in the shape of the head when humans are still babies.

Several times, archaeologists have found human skulls with unusual shapes. Unusual shaped skulls are found in people from ancient civilizations, and in some tribes in the interior. What tribes and civilizations carried out the deformation of the skull? Check out the following list. 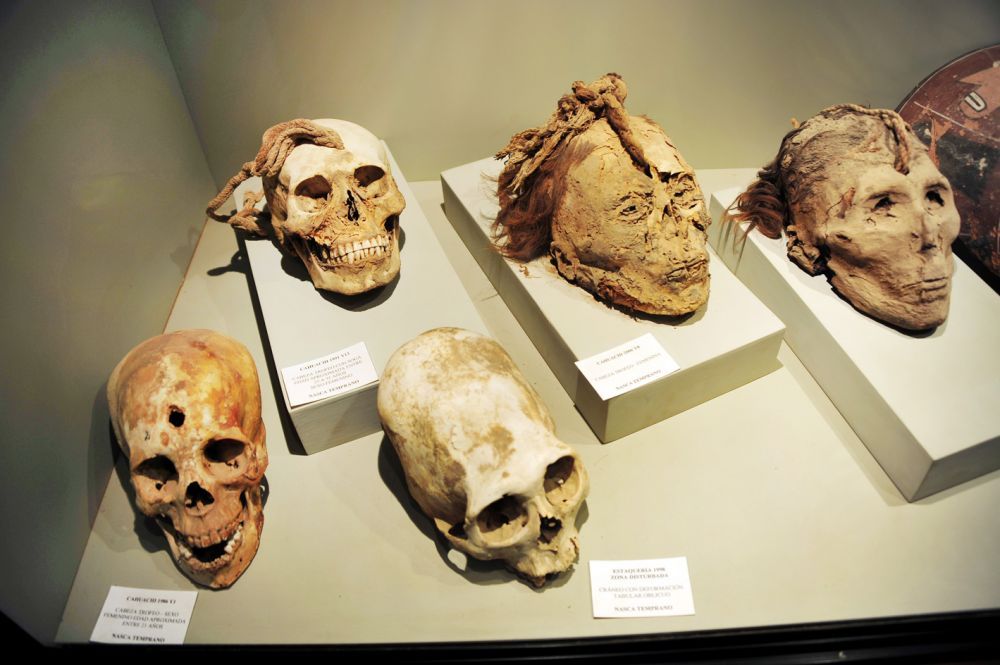 The Nazca civilization lived on the southern coast of Peru, and is thought to have lived around 200 BC — 600 AD. The Nazca people are well known for their distinctively patterned pottery, large geoglyphs on the desert surface known as the Nazca line, and textile products. In addition, relics in the form of skeletons of the Nazca people were also found with skull shapes that were different from humans in general.

The skull shape of the Nazca people is seen extending backwards. The shape was made on purpose, when they were babies. The baby’s head is placed between the pillow on the forehead and the board at the back of the head, then tied. Paracas is one of the ancient cultures that also came from Peru. Paracas culture is famous for the discovery of a human skeleton with a skull shape that extends upwards and is large.

The skull was discovered by archaeologist from Peru, Julio Tello, in 1928. The skull, which is estimated to be 3,000 years old, has a very unusual shape, so it was once considered the skeleton of an ‘alien’ who came to Earth.

The Paracas skulls are the largest elongated skulls ever found. The skull is 25 percent larger and an estimated 60 percent heavier than the average human skull.

Generally the skull is formed intentionally, by tying the baby’s head. But the Paracas skull, reported Hidden Inca Tourshas a special characteristic that makes it look as if she was born that way. 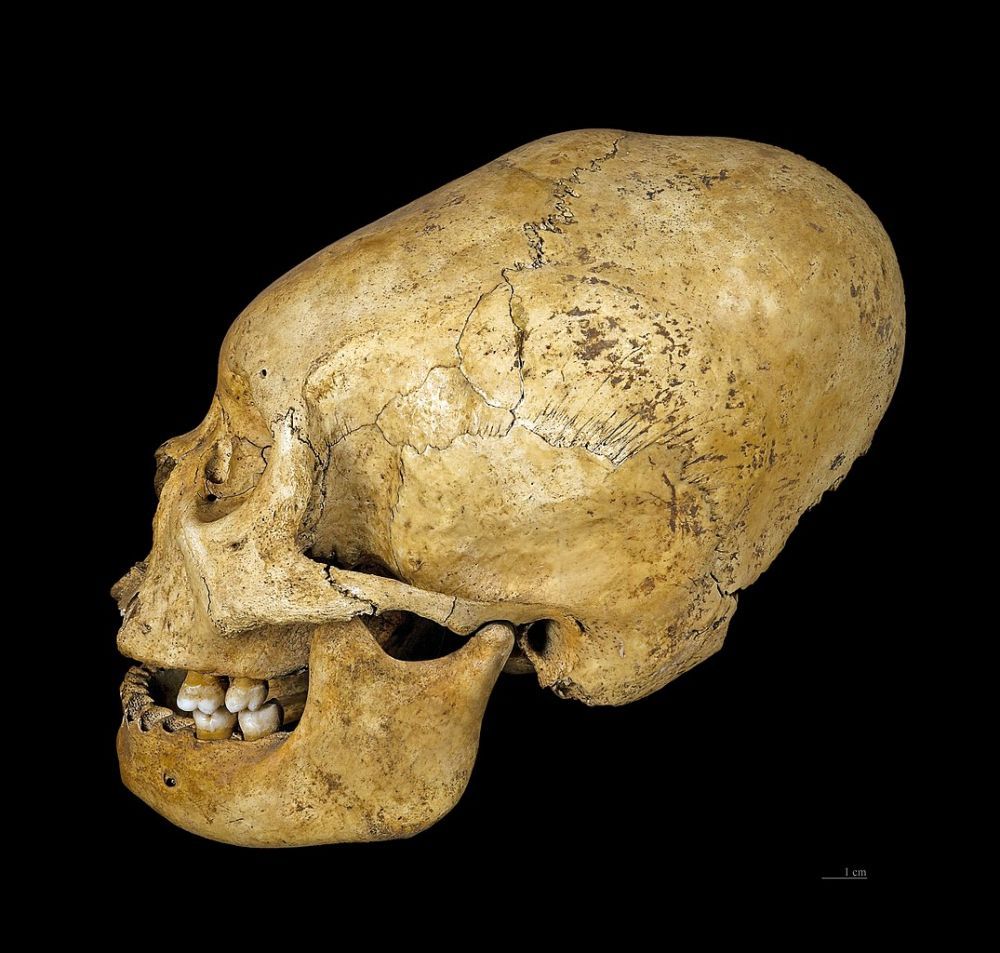 Collagua are a people who lived in the Colca valley, southeast of Peru, circa 1100 – 1450 AD. They keep the alpaca to make wool from its fur.

The elongated and conical shape of the head is a sign of social status for the people at that time. About 300 years before the arrival of the Incas, the important people of the Collagua ethnicity formed their heads in an elongated shape. The Incas came and oppressed the Collagua around 1450.

Matthew Velasco, a bioarchaeologist from Cornell University studied the bones of the Collagua people. He noted an increase in the number of skulls with oval heads, including among the lower classes, when the Collagua were under pressure from the Incas.

This shows a sense of togetherness and attachment among local elites, so that they can work together and improve coordination in various fields to resist pressure from outside, including the Incas. 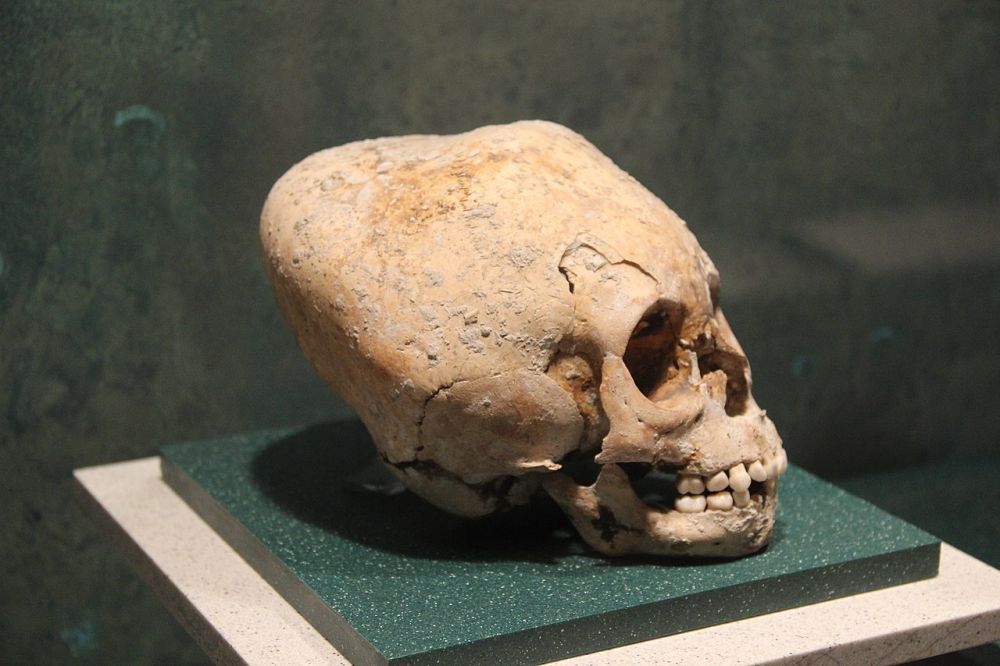 The Mayans are a group of people who intentionally deform their heads. Many Mayan skull remains were found with unusual shapes. However, their heads – unlike those of other ancient South American civilizations – have varied shapes.

Reported Journal of Neurosurgery, the Mayans began to change the shape of their child’s head when they were 4-5 days old. The baby is laid on a bed made of reeds or other materials. Then two boards are placed, one each in front and behind the baby’s head. The two boards are then pressed and tied to the baby’s head. quote Archeology Mysteries, the Mayans deformed their heads to make their children more beautiful. Another reason was because the gods told their ancestors that if their heads were shaped like that, they would look like royalty.

There are two types of skull deformation commonly found in the Mayans. Children who are determined to have a high position, will be given an ‘oblique deformation’, namely the shape of a high and pointed head. Ordinary people would use the ‘upright deformation’, which is a round skull shape with flat sides. 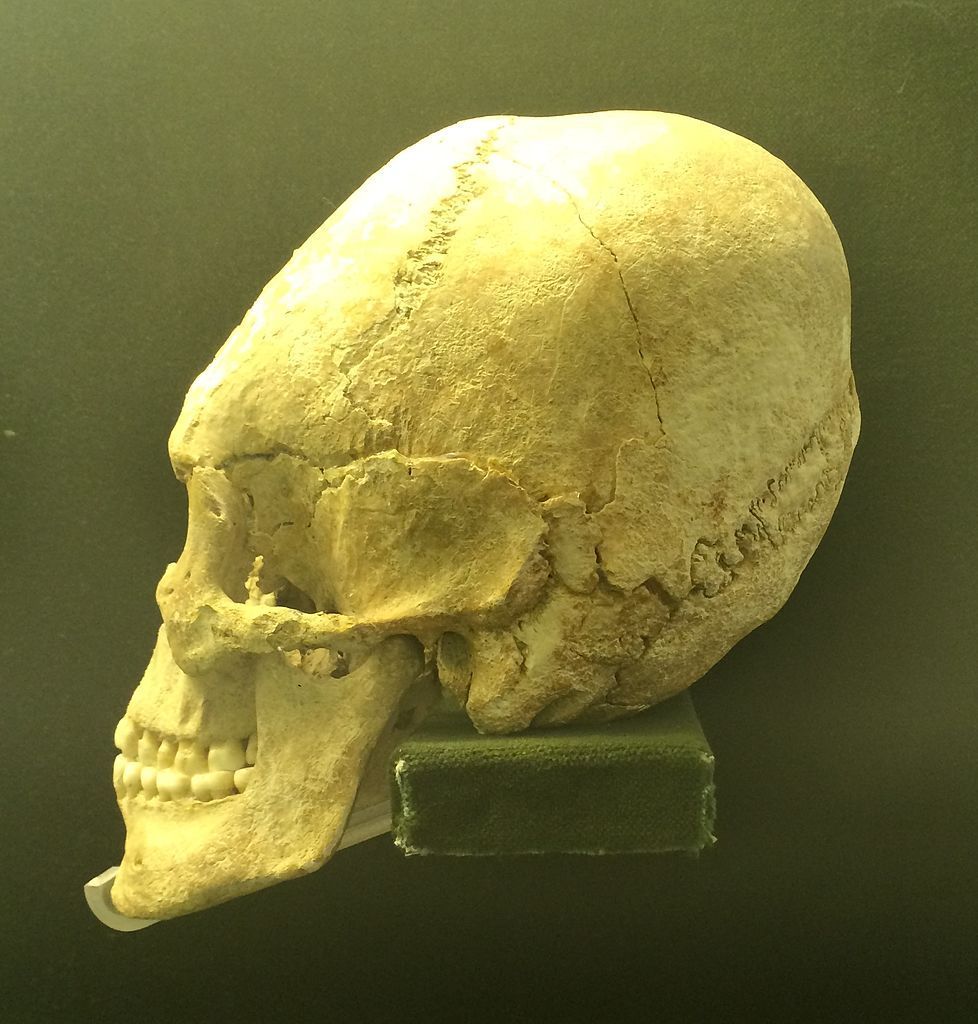 The Alcon Huns or the Huns are a group of nomadic people known for their long heads. They lived in Eastern Europe and Asia, between the 1st and 7th centuries AD. The deformation of their skull is intentional, which is done as a form of identity. The elongated shape of the head is widely seen in the pictures of rulers on their currency. This indicates their pride in the shape of the head that is not the same as other national groups.

The Huns deformed skulls on their offspring soon after the child was born. Reported National Geographicthey are thought to have come from East Asia, and migrated to Europe.

Based on the results of DNA testing on the skeletons of the Huns, it was found that there was a diversity of backgrounds. This has given rise to debate among archaeologists as to the exact origins of the Huns. They are also thought to have introduced the tradition of head deformation to Central Europe. 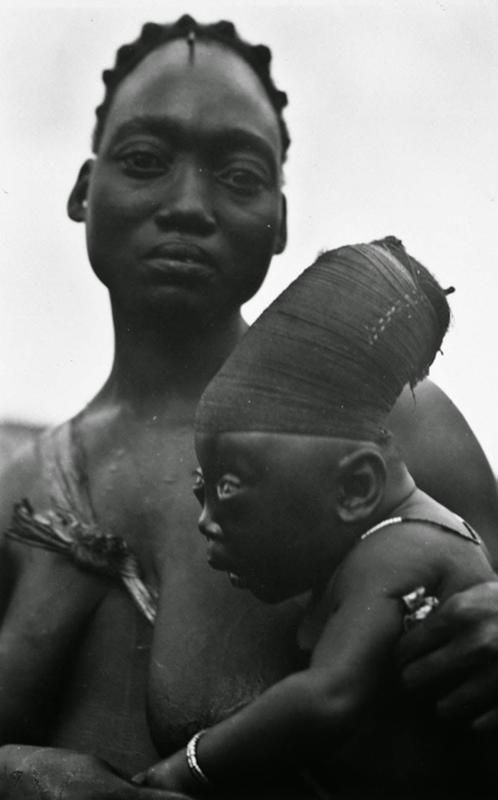 Mangbetu is a group of people in Africa, specifically the Republic of the Congo, who are related to their culture and language. They were first recognized by the German botanist, Georg Schweinfurth, in 1870. The Mangbetu people are also known for their distinctive skull deformation.

The tradition of changing the shape of the head is known as Lipombo. This tradition is considered a status symbol among the Mangbetu ruling class, which symbolizes majesty, strength, beauty and higher intelligence.

They tightly wrap the baby’s head with a cloth at birth, so that their head looks elongated. The baby’s head will usually begin to change shape a month after birth, until several years later. This will continue until the desired shape is achieved or the child no longer wants to wear the cloth.

In the early 20th century, Belgium began to colonize Mangbetu. The arrival of Belgium changed the lives of the Mangbetu people drastically. One of these changes is the ban on the practice of the Lipombo tradition. Reported History Dailythis practice began to disappear in the 1950s, when Europeans began to arrive more and more. 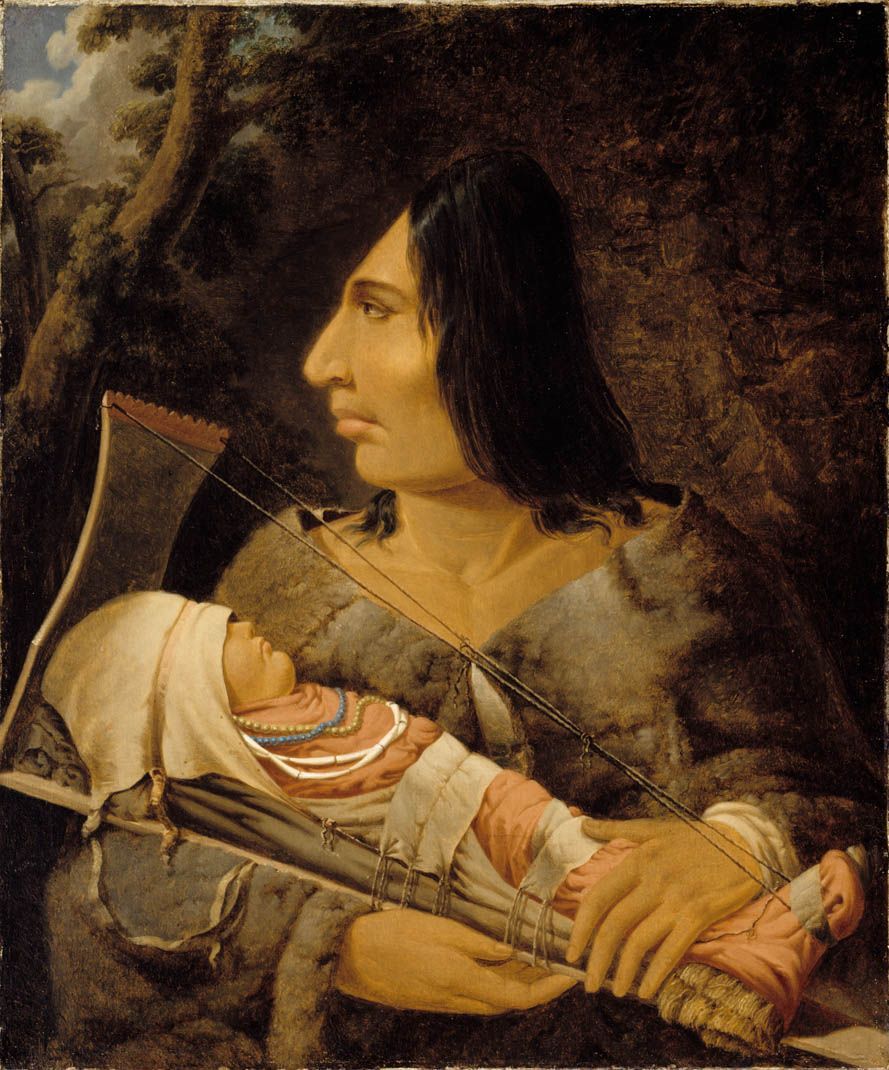 The Chinookan people lived on the Columbia river, an area that is now the states of Washington and Oregon, United States. Reported Mental Floss, Chinookan society has a stratified social structure and slavery was found. It is not known exactly when they began to deform the skull, but by 1805, the practice was ingrained in Chinookan society.

The deformation of the skull for the Chinookan is not just a status symbol. The shape of their flat head is also considered a dividing line of caste. Orphans and children from ‘bad’ families, do not change the shape of the head, and are treated with contempt.

That’s why the Chinookan tied their babies to the cradle board, so that the shape of the head became flat, so that the child was considered to be from a ‘good’ family, so that he would not be enslaved when he grew up. Even the mothers of these babies prefer to kill their children, rather than watch their children grow up to be slaves.

The diversity of cultures and traditions shows the human ability to create and adapt. Traditions that exist in every culture generally have their own purpose and meaning. It is possible that there are similarities between cultures in various parts of the world, due to human migration in ancient times and other factors.

Disclaimer: This article has been published on the IDNTimes.com page with the title “7 Tribes with Unusual Skull Shapes, Suspected of Aliens!” written by Monica Gracia

Read also: 5 of the craziest festivals in the history of human civilization

Also Read: 8 Crazy Rules That Have Applied During the Ancient Roman Civilization