The tourism sector in Indonesia is increasingly being explored and developed. Many of the remote places that were previously untouched by people or only enjoyed by the people living in the surrounding area are now open to the public. Small tours like this usually do not provide entry fees for visitors. It’s just money sincerely for the development of tourist attractions and sometimes parking fees because the vehicle is already guarded. Usually, new tourist attractions like this are still not visited by many, and visitors who visit get information not from advertisements or other commercials, but get information from personal or individual individuals. And this tourist spot that has not been visited by many is usually still clean, especially from garbage that is difficult to control like in most tourist spots.

The advantages of mojosari tourism

Talking about the tourism sector, there is an area that is known to have many tourist attractions. The area is the Mojosari area. Mojosari is a sub-district in Mojokerto Regency, East Java Province. Mojosari District is de facto the capital of Mojokerto Regency. The location of this sub-district is at the foot of Mount Welirang and is about 18 kilometers east of Mojokerto City. Mojosari District is located on National Road Route 24 which is the link between Mojokerto City and Gempol District and Pasuruan Regency. Mojosari is a cool sub-district city, with lots of trees growing on the roadside, so it is called the city of Mozart van Java. Not only trees that thrive, shady, and green on the sides of the highway, but there are also many flower pots on the side of the road. Currently, the city of Mojosari sub-district is an important place. Many important buildings, especially the government building, were moved from the city of Mojokerto to Mojosari.

Some of the tourist attractions in Mojosari or the area around Mojosari are:

Trowulan Temple is considered as an archeology paradise. If you like history, don’t miss this one place. Why should history buffs come here? Because Trowulan Temple holds a lot of historical evidence, many people say that Trowulan Temple has a million historical evidences. Because of this privilege, it caused one of the local print media to write it on a special page. This temple is located in an area which is 45 km from Mojosari. There is a lot of hidden historical evidence and continuous research takes various forms. Even some archaeologists found various temple buildings, daily equipment, the ruins of houses during the Majapahit kingdom. The latest findings are even in the form of wells that may have been used in the past or at that time.

In the Trowulan area there are several temple buildings, as well as other sacred buildings. Temple buildings around Trowulan include Bajang Ratu Temple, Brahu Temple, Tikus Temple, and Wringin Lawang Gate. Then the other sacred buildings in the Trowulan complex are the Tomb of Putri Campa and also the Troloyo cemetery complex which is always crowded at certain times according to the Javanese calendar. In addition, there is also a large pool located not far from there which is known as the Fresh Pool. Because there are so many items that contain history, BP3 together with the Mojokerto Regency Government built the Trowulan Museum to protect these historical finds. 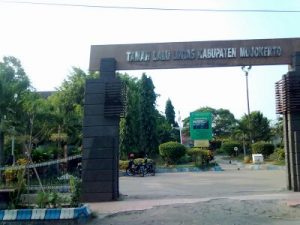 This Traffic Park is one of the most famous tourist attractions in the Mojosari area. This park is mostly enjoyed by teenagers. Many teenagers visit this 900-square-meter park when they come home from school or in the afternoon. This park is often used by students to do assignments, both individual assignments and group assignments. In addition to doing tasks, it is also convenient to use as a place for organizational meetings and others.

The park which is located at the T-junction of the Adipura monument has various facilities that can be used by visitors. Such as seats, gazebos, lighting, toilets, children’s games, to the prayer room. What makes this park special is that it provides miniature traffic signs and bicycle lanes that are designed to resemble real roads. In addition, the presence of shady trees and green grass that is always awake makes visitors feel at home for long in this place. 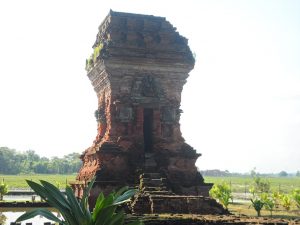 Around Mojosari there are also other archaeological buildings, namely Bangkal Temple. Bangkal temple is a temple left by the Majapahit kingdom. This temple is rectangular. At the foot of the temple there is a ladder that is used to go up to the temple booth. Above the door of the temple, there is a time decoration.

This temple is one of the temple buildings that still stands strong. At this time this temple is used as a place for shadow puppet performances by the community in the context of alms to the earth and is held every after the harvest season. Even though it is a small town located at the foot of the mountain, Mojosari has not escaped the attention of the public because it is an important and beautiful small town. 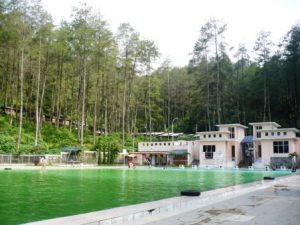 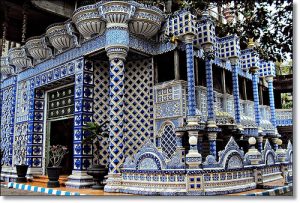 Those are some of the tourist attractions around the Mojosari area. In addition to the tourist attractions above, in Mojosari there are also other places that can be visited, such as the Mojosari market, fish market, fruit market, Legi market, where traditional pottery and tiles are made, and so on. There are also culinary places that characterize this area, including Albino Duck, large pentol meatballs, Umi meatballs and Mak Kuni’ah chicken soup.