Pregnant women often feel worried or panicked when they experience bleeding during pregnancy. Bleeding from the vagina during pregnancy is not always a sign of a problem. However, there are still some conditions that need to be watched out for, especially if accompanied by other symptoms such as abdominal pain. 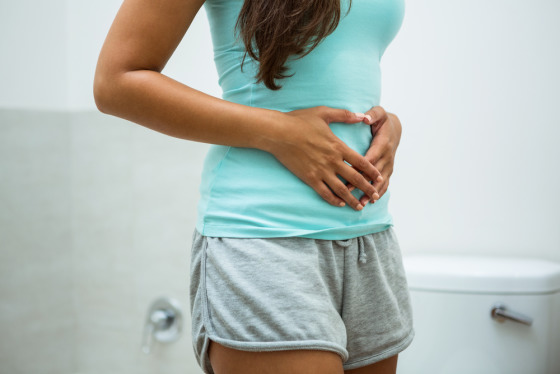 This condition does not always indicate a serious problem in pregnancy, however, it should still be watched out for. This is because bleeding during pregnancy can be a sign of a miscarriage or other conditions that can harm a pregnant woman.

Some conditions that can trigger bleeding during pregnancy, especially in the first trimester of pregnancy, are:

In addition to bleeding, other symptoms of miscarriage are cramping or pain in the lower abdomen and the discharge of tissue or lumps of flesh through the vagina.

In the first 6–12 days of pregnancy, you may experience spotting of blood. The appearance of these spots occurs when the fertilized egg attaches to the uterine wall.

In some cases, many women equate this condition with a regular menstrual cycle and do not realize that they are pregnant.

Ectopic pregnancy can also be a cause of bleeding during pregnancy. However, this condition is very rare and usually only affects about 2% of pregnant women.

An ectopic pregnancy occurs when the fertilized egg attaches somewhere other than the uterus, usually in the fallopian tube.

If the embryo continues to develop, the fallopian tube is at risk of rupture, causing dangerous bleeding.

In addition to bleeding, an ectopic pregnancy is usually accompanied by cramping in the lower abdomen or pelvis. The pain that is felt can radiate to the shoulder.

Other symptoms and signs include discomfort when defecating or defecating, weakness, fainting, and a decrease in the HCG hormone.human chorionic gonadotropin).

In rare cases, a grape pregnancy can turn into a malignant cancer that can spread to other parts of the body.

Apart from bleeding, other symptoms of pregnancy include severe nausea and vomiting, pelvic pain, and rapid uterine growth for gestational age.

Causes of Bleeding during Second and Third Trimester Pregnancy

If the above causes occur when the pregnancy has just entered the first trimester, some of the conditions below can cause bleeding during pregnancy when the gestational age enters the second and third trimesters.

The body undergoes significant changes during pregnancy, including the area of ​​the cervix (cervix) which becomes more sensitive. Spots of blood that appear after sexual intercourse is normal, as long as it is not accompanied by pain.

Another cause of bleeding during pregnancy in the later trimester is placental abruption. Placental abruption is a serious condition in which the placenta begins to separate from the uterine wall, either before or during delivery.

This condition can occur even without causing bleeding. In addition to bleeding, other symptoms are back pain, abdominal pain, uterine pain, until the fetus lacks oxygen.

Another condition that can cause bleeding during pregnancy is placenta previa. This condition can occur when the placenta attaches to the lower part of the uterus, near the cervix, or covers the cervix so that the birth canal becomes blocked.

The recommended treatment option for pregnant women with this condition is to give birth by caesarean section after the fetus is at term.

Bleeding during pregnancy can also be caused by opening when a woman is about to give birth. This may occur for a few days before the contractions start or during labor.

In some cases, this bleeding during pregnancy can also be a sign of premature labour.

Other things that may cause bleeding during pregnancy when the gestational age is older are vaginal infections, performing a cervical exam or pelvic exam (Pap smear), and cervical polyps.

In some cases, bleeding during pregnancy is not a serious condition and can still allow you to have a healthy delivery. However, you are still advised to immediately consult a gynecologist if you experience this.

This is done to anticipate things that are not desirable and ensure that bleeding during pregnancy is not caused by dangerous conditions.