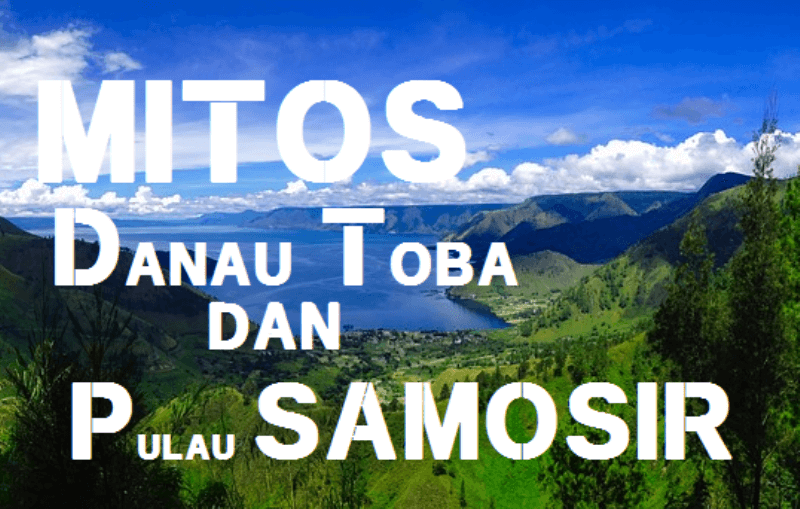 History of Lake Toba already familiar to the people of Indonesia, especially with the legendary story. Before reading the legend, it’s a good idea to know the facts and expert opinions first.

The creation of Lake Toba

Several researchers went on an expedition to northern India to find the truth about the existence of a supervolcano eruption originating from Mount Toba. In fact, 2100 match points were found between the volcanic ash particles of Mount Toba and the volcanic ash particles in the country. With a variety of strong evidence, experts estimate that the loss of the Atlantic area is the impact of this supervolcano eruption. The powerful eruption caused a large cavity on the side of the tip of Mount Toba. This cavity is the forerunner to the formation of Lake Toba, while the island of Samosir is a mountain peak that has released volcanic material.

In the past, the island of Samosir was still integrated into the mainland of Sumatra, although only a small part so that if someone sailed on Lake Toba, they had to turn around to surround it. The existence of land that is still attached to the mainland of Sumatra makes Samosir cannot be called an island. It was only during the Dutch colonial period that they ordered local residents to build a canal on the mainland that connected one side of the lake to the other. this aims to facilitate the community or visitors who want to surround Lake Toba. With the separation of the land, Samosir officially became a separate island in North Sumatra.

The Legend of Lake Toba and Samosir Island

The history of Lake Toba and the island of Samosir is also inseparable from the folklore circulating. Until now, the folklore has become a legend and not even a few have made documentation through films about it. This legend is so famous that it is well guarded by the descendents who live around Lake Toba. You can believe it or not because the history of Lake Toba is included in the characteristics of the customs and culture of the people of Lake Toba and its surroundings. No one can tell the original details of the story because it has many versions. However, it all started with a fisherman named Toba, the daughter of a fish, and his son Samosir.

In the past, before becoming Lake Toba, the area was a beautiful village with rivers and rice fields as a medium of livelihood for its people. The simple life that is evident from the people of the region is no exception for a farmer named Toba. His life is simple and full of gratitude in his daily life, even though it is known that his livelihood is only as a farmer and small fisherman in the river. One day he went to the river in the hope of getting a lot of fish to sell and serve as a side dish to eat. Unusually that day he was having a hard time catching fish. He remained patient looking for fish until the sky showed the time of the afternoon so he decided to go home. But just before going home he felt that the hook was moving very strongly. Encourage him to get it because he thinks he will get a big catch. Sure enough, not long after, a golden yellow koi fish appeared that was beautiful and large. Then the food is brought to his house to be used as food.

When he wanted to cook food he took the fish, but when he wanted to take the fish he felt pity and pity for the appearance of this fish. Finally he gave up his intention and ate with a modest side dish. Don’t forget to feed the fish too. The strange thing happened in the morning because he had not found fish in the vessel but there was a lot of food on the table. Curious, he was finally surprised by the woman who was in his kitchen. Not until the shock disappeared, the woman claimed to be the incarnation of the fish she had caught and was a fish princess. After calming down, Toba asked for clarity about the origin of the woman. Long story short they both fall in love because they are often together. Finally, Toba married the fish daughter on the condition that Toba could not tell the origin of the fish daughter to others, including her children.

Toba and the fish princess live happily in a simple way. Even though the fish princess can produce gold from her scales, Toba does not want to hope from these results. he worked as hard as he could to support his family. Until one day he had a young man named Samosir. Unfortunately, Samosir is a hyperactive and unruly child who often creates problems for his family and surrounding residents. However, Toba and the fish daughter remained patient with their child. Countless people have complained to Toba about his son’s behavior but when Toba advised him, Samosir remained unmoved.

Until one day Samosir was ordered by his mother who was none other than the daughter of a fish to deliver food to the fields. The food was sent to his father who was working. When he headed to Samosir’s rice field, he actually ate the lunch for his father and fell asleep under a tree. On the other hand his father was so hungry waiting for food from Samosir, that he couldn’t stand his hunger. Finally he decided to go home to eat, until in the middle of the road he found his son sleeping with his lunch beside him. When he woke up Samosir admitted that he had eaten his lunch and fell asleep there. How angry Toba heard his son who still insisted that he was right. Until finally he accidentally broke his oath by saying that Samosir was a fish child.

After saying this, the sky looked angry and poured a very heavy rain that drowned the village. The fish daughter who realized her husband’s mistake could only bow and return to being a fish, while Samosir was cursed by her father so that it became an island while Toba was swept away by the current and finally the river flow due to heavy rains became a lake in which there was the island of Samosir. That is the legend that became the history of Lake Toba.