People who have high cholesterol need to avoid consuming foods that cause cholesterol. Not only that, people with a history or risk of heart disease, stroke, and diabetes are also advised to limit cholesterol-causing foods, such as fast food, milk, and cheese.

Cholesterol is a component of fat that plays an important role in keeping cells and body tissues functioning. However, the amount should not exceed the normal limits of cholesterol in the body. 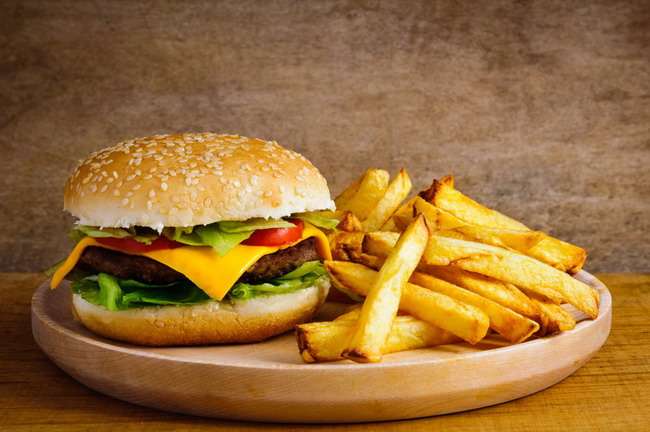 You are advised to maintain the consumption of cholesterol obtained from food in the amount of no more than 200 mg per day. If cholesterol levels in the body are too high, the risk of developing serious diseases, such as heart disease, stroke, and obesity, will increase.

Know the Benefits of Cholesterol

Cholesterol plays an important role in the body’s metabolic processes. In addition, cholesterol also helps the body in the process of producing bile, vitamin D, and several types of hormones, such as cortisol, testosterone, estrogen, and progesterone.

Besides being produced by the liver, cholesterol can also be found in food. The following are some types of cholesterol-causing foods that need to be limited in consumption:

Fast foods, such as hamburgers and pizza, contain about 85–180 mg of cholesterol in one serving. The amount of cholesterol consumed can also increase when you drink soda and eat French fries along with these foods.

Because of the high amount of cholesterol, it is recommended that you limit the consumption of fast food and replace soft drinks with water to prevent the increase of cholesterol in the body.

One cup Ice cream contains more cholesterol than one burger and donut. Instead of eating ice cream for dessert, it’s better to replace it with a bowl of fresh fruit that is rich in fiber and nutrients, and low in calories. Fruit is also a good food to reduce cholesterol levels in the body.

Beef steak is one of the foods that contain a lot of cholesterol. Even though it’s high in cholesterol and saturated fat, that doesn’t mean you can’t eat beef steak at all.

If you want to eat steak, choose lean meat that is lower in cholesterol, such as beef belly (beef flanks). In a piece of lean beef, contained about 300 mg of cholesterol. You can also replace beef with lamb with a lower cholesterol content, which is around 100–150 mg.

Eggs can be a source of healthy protein as long as they are not consumed in excess every day. If you have eaten eggs as a breakfast menu, you are advised to avoid consuming other sources of cholesterol, such as offal and fatty meats, as a lunch menu. People with high cholesterol are still allowed to eat 4-6 eggs per week.

Some types of seafood, such as lobster, are foods that cause high cholesterol. In every 100 grams of lobster contained about 70 mg of cholesterol. To reduce cholesterol intake, choose other seafood dishes, such as fish, and it is better if the seafood is boiled or steamed rather than fried.

Offal or parts of the entrails and organs of animals, such as intestines, tripe, or brain, contain more cholesterol than the meat. This part also contains a lot of uric acid. Therefore, you should limit or even avoid the consumption of offal, especially for those of you who suffer from high cholesterol and uric acid.

Cheese and milk are foods that contain high fat and cholesterol. You can still eat milk and cheese if you have high cholesterol, but it’s best to choose low-fat cheese and milk.

By knowing the various types of foods that cause high cholesterol, it does not mean you have to avoid all the foods above. However, you are expected to be more selective and careful in choosing and consuming food. To prevent high cholesterol, balance it with fiber-rich foods, such as fruits, vegetables, and nuts.