It is undeniable that the progress of the South Korean entertainment industry has also had a major impact on the world of tourism there. One of the entertainment products that directly or indirectly often become tourism promotions is drama.

In addition to relying on the visuals and acting skills of the actors and actresses, a drama must also have a good scenario and interesting shooting locations.

Some locations that often appear in K-Drama include amusement parks, palaces for dramas with dramas.genre saeguk, islands like Jeju and Nami, to luxury homes aka mansion. K-Drama lovers must be very familiar with the concept of the story romance between the poor and the rich.

Curious which luxury homes often appear in K-Dramas? Come on we peel while remembering whether the house is in list your favorite drama! 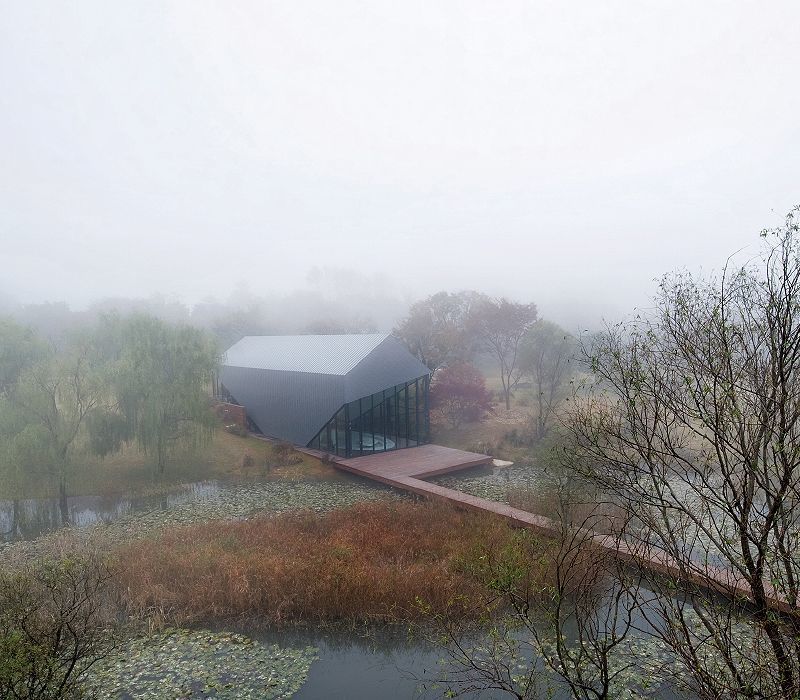 Name Maiim Vision Village may be foreign to your ears. But if keywordschanged to “Lee Young-joon’s house” your memories will immediately go to a luxurious house belonging to Park Seo-joon in the drama Why Secretary Kim.

Besides, this place was once the home of Kim Joo-won (Hyun Bin) in the drama Secret Garden (2010-2011). And in real life, the house is located in an area called Maiim Vision Village.

Reported from the official website www.maiimvisionvillage.co.kr, Maiim Vision Village is the communication center of Maiim Group, a company that produces food and cosmetics for health. The location is in Yongeun village, Neungseo-myeon, Yeoju City, Gyeonggi Province or about 3 hours drive from Seoul using public transportation. 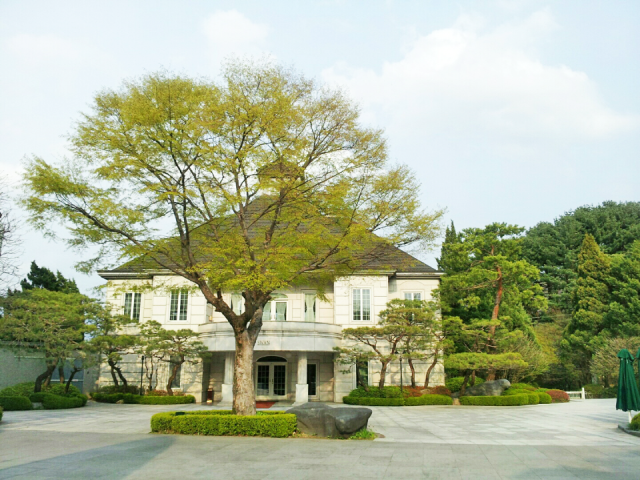 When looking at this picture of the house, K-Drama lovers must be excited while saying “Kim Tan’s house!”. Yup, this building is the setting used as the family home of Kim Tan (Lee Min-ho) in the drama The Heirs. Besides, drama Why Secretary Kim also used it as the home of Lee Young-joon’s (Park Seo-joon) parents.

This beautiful building is named The Hill House which is located in Gangnam-ro, Gangha-myeon, Yangpyeong, Gyeonggi Province or about 1.5 hours drive from Seoul.

Quoted from the official page www.thehillhouse.co.kr, is a luxury and antique resort founded in 1990 under the auspices of Hotel Yangpyeong. Inside there are two hotel buildings, five restaurants, meeting roomand wedding garden which is very beautiful. Interested in staying here?

The Greem is a botanical garden with the concept of healing garden for people in need refreshing from the exhaustion of daily activities. The location is in Yongcheonri, Okcheon-myeon, Yangpyeong-gun, Gyeonggi Province or about an hour’s drive from Seoul.

Quoted from the official page www.thegreem.comthis place has been established since 1996. In addition to offering a cool and calm atmosphere with beautiful garden views, visitors can also participate in enjoying food at restaurants, buying souvenirs, and taking painting classes. you know! 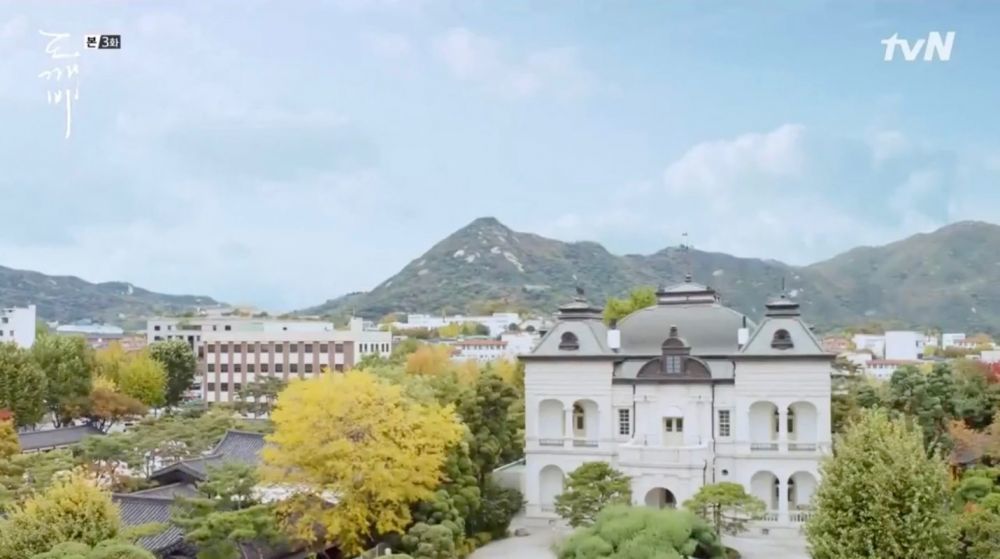 In addition, this building has also appeared as the home of Prince Lee Shin (Ju Ji-hoon) and Shin Chae-kyung (Yoon Eun-hye) in the drama Princess Hours 2006.

Located within the Duksung Women University campus, Jongno District, Seoul, the building named Unhyeongung Western House it was founded in 1911-1912 or during the Japanese colonial period by adapting the architecture Renaissance.

Initially this building was part of the Unhyeongung Kingdom residence then sold to the Duksung Women University in 1948.

Fever public interest Goblins make this building is often visited just to take pictures. By the campus, this is considered quite disturbing student learning activities. The campus security has also tightened surveillance so that it is rather difficult for you to access this place. 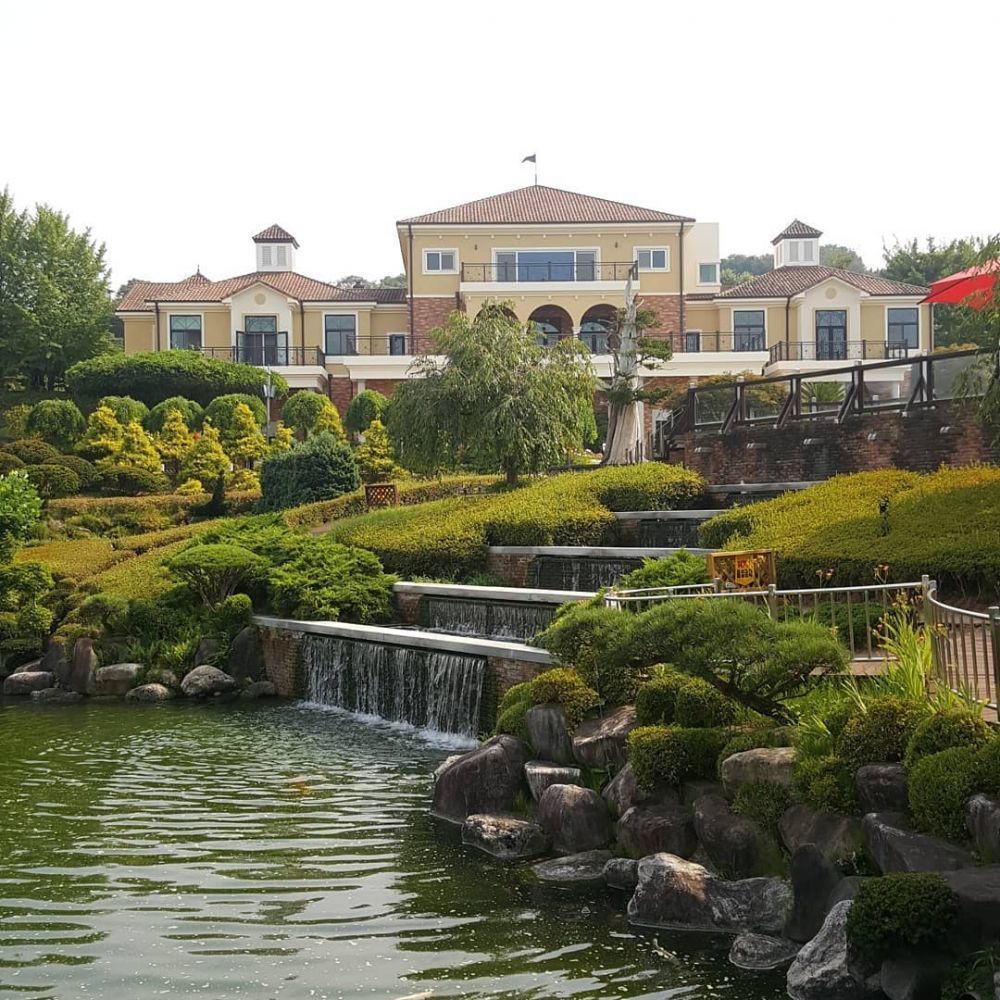 Remember the love story between a girl who disguised herself as a robot named Aji 3 (Chae Soo-bin) and later became Yoo Seung-ho’s personal assistant? Yup, drama I’m Not A Robot it’s hard to forget.

This drama tells about the life of Kim Min-kyu (Yoo Seung-ho) who suffers from a rare disease so he has to stay indoors a lot.

The building used as the backdrop for Kim Min-kyu’s house is in the area Bear Tree Park. The area is a park with a variety of trees, flowers, and is home to about 150 Asian black bears and a variety of freshwater fish. Located in the Jeongdong area, Bear Tree Park is a two-hour drive from Seoul by public transportation. 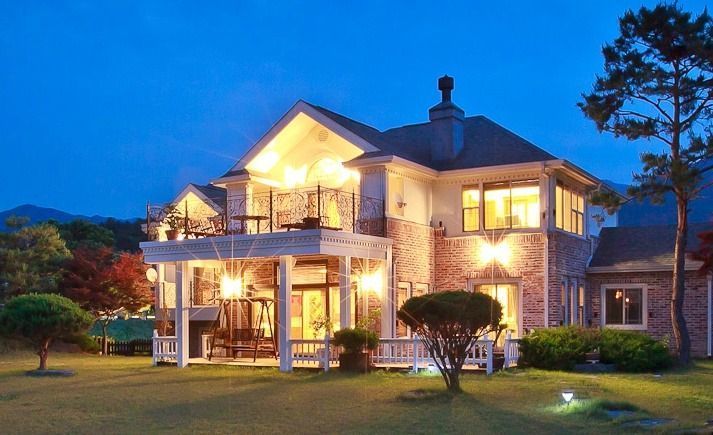 Located in Bukhangang, Gapyeong, Gyeonggi Province or about an hour’s drive east of Seoul, HS Ville which stands for Human Sanctuary Village has many facilities, such as wedding hallrestaurant, infinity pooland an arena for water skiing.

Remember the house of Shin Joon-young (Kim Woo-bin) in the drama Uncontrollably Fond (2016)? Or Lee Joon-gi’s house in the web drama Seven First Kisses (2017)? Or the house of Kang Sa-ra (Lee Dae-hee) in the drama Beauty Inside (2018)? Yup, the location used as the backdrop for the third house of the drama is named The Rivendell Prestige Guesthouse.

The location is in Goseong Village, Cheongpyeong-myeon, Gapyeong-gun, Gyeonggi Province, or about three hours drive from Seoul by public transportation. Name guesthouse This is inspired by the area where people live elf in the movie sequel The Lord of the Rings. Wow, feels like staying the same elf no yes? 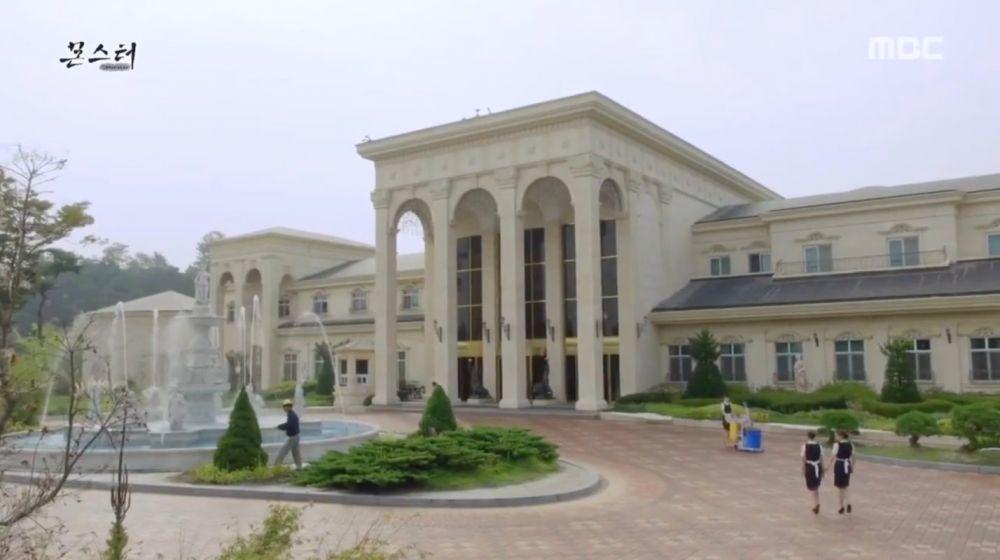 Still remember the super luxurious mansion belonging to Goo Jun-pyo’s family in the drama Boys Over Flowers? This mansion whose main building has four tall pillars is named Damyang Dynasty Country Club and is a clubhouse from the golf resort.

Located in the Damyang area, Jeollanam Province, it takes 4 hours to reach this mansion from Seoul using public transportation. Besides Boys Over Flowersthis mansion also appeared in the drama Sky Castle (2018-2019), Monsters (2016), and My Fair Lady (2009). 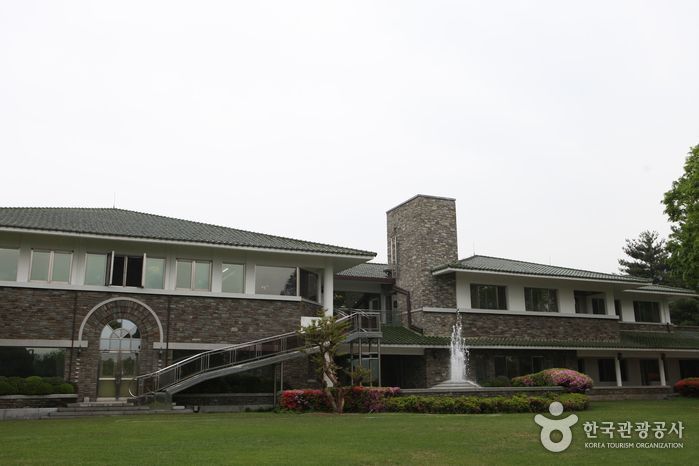 Cheongnamdae Presidential Villa become one of the setting in the drama healer (2014-2015) starring Ji Chang-wook and Park Min-young. The villa is described as the home of CEO Kim Moon-sik (Park Sang-won) and his wife, Choi Myung-hee (Do Ji-won) who is also the biological mother of Young-shin (Park Min-young).

Cheongnamdae Presidential Villa is a favorite stopover for South Korean presidents to spend the summer holidays or national holidays every year.

Located in Cheongnamdae-gil, Munui-myeon, Sangdang-gu, Cheongju, Chungcheongbuk Province, this villa was built in 1983 at the initiative of the then-presiding president, Chun Doo-hwan, and opened to the public in 2003.

How luxurious and amazing are the houses above. You can make it a reference while on vacation to South Korea later.

Disclaimer: This article has been published on the IDNTimes.com page with the title “A Row of 9 Luxury Houses That Often Become K-Drama Shooting Locations”

Also Read: These 5 KDrama Shooting Locations in Nonsan City are Fun to Visit, You Know!