Cravings are a common thing experienced by every woman in the early stages of pregnancy. Although the cause is not yet known, there are several things that could be the reason why pregnant women suddenly want to eat certain foods.

Every pregnant woman has a different experience when it comes to cravings. There are those who crave all-sweet food, there are also those who suddenly like certain foods even though previously they did not like or were not used to eating them. 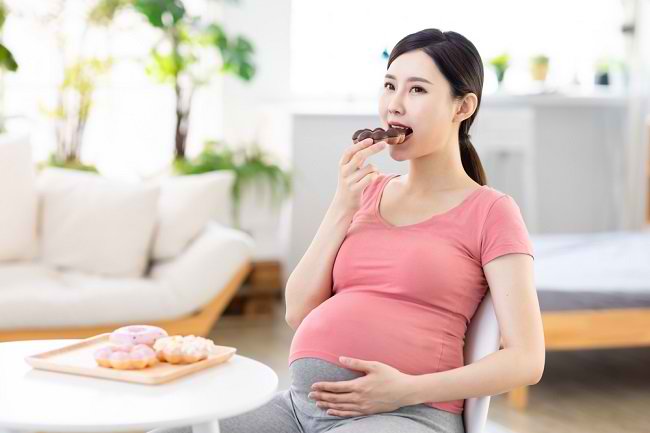 Craving can indeed be said to be a unique phenomenon experienced by pregnant women. However, this condition can be explained medically although further research is needed to determine the exact cause.

What are the Reasons for Pregnant Women Cravings?

Cravings for certain foods are often touted as a sign of being pregnant with a boy or girl, but this is just a myth. Actually, there is no particular reason that can explain why pregnant women experience cravings. However, there are several theories or allegations related to the causes of cravings for pregnant women, namely:

There is a theory that cravings can occur due to hormonal changes in the body of pregnant women. These changes make the sense of smell and taste more sensitive. This is what is thought to be the cause of pregnant women suddenly liking foods that they previously did not like.

There is also a theory that states that the desire to eat something arises because the body of pregnant women lacks certain nutrients. For example, pregnant women who crave red meat such as burgers, can be a sign that their body lacks protein, potassium, or sodium.

If pregnant women crave sweet foods such as strawberry ice cream, it is likely a sign that their body lacks glucose. So, cravings are not always caused by the desired food, but the nutrients contained in it.

Cravings are also known to occur as a form of diversion for pregnant women from the food or drink they usually consume, but can harm pregnancy. As a result, pregnant women need to limit or not consume these foods or drinks at all.

Instead, pregnant women will look for other types of food or drinks that are healthier, but have more or less the same taste or texture.

However, so far no scientific facts have been found that can explain the phenomenon of cravings in detail. If you have a strong urge to eat things that are normally inedible, such as toothpaste or even crayons, you should talk to your doctor about the problem.

So, should cravings be followed or ignored?

There is a myth that states, if the wishes of pregnant women when cravings are not fulfilled, later the baby will salivate continuously. However, that is just a myth. However, pregnant women need to ignore cravings that can have a negative impact on the body and fetus.

Pregnant women are advised to ignore food cravings with poor nutritional content. Also limit cravings for calorie and fat foods that are too high, because they can trigger abnormal weight gain.

Pregnant women are also advised to replace these unhealthy foods with nutritious foods for pregnant women. The following are some examples of appropriate intakes to meet cravings as well as pregnant women’s daily nutritional needs:

During pregnancy, pregnant women need adequate nutritional intake from food. If the diet of pregnant women is not healthy, it is feared that it will affect the growth and development of the fetus.

Therefore, pregnant women must be able to control their desires, especially when they crave food which is a taboo for pregnant women. So, don’t always indulge your cravings and always put the health of pregnant women and fetuses first.

If you still have questions about cravings or other complaints about pregnancy, pregnant women can consult a doctor during a routine pregnancy check-up or through the ask a doctor feature on Alodokter.