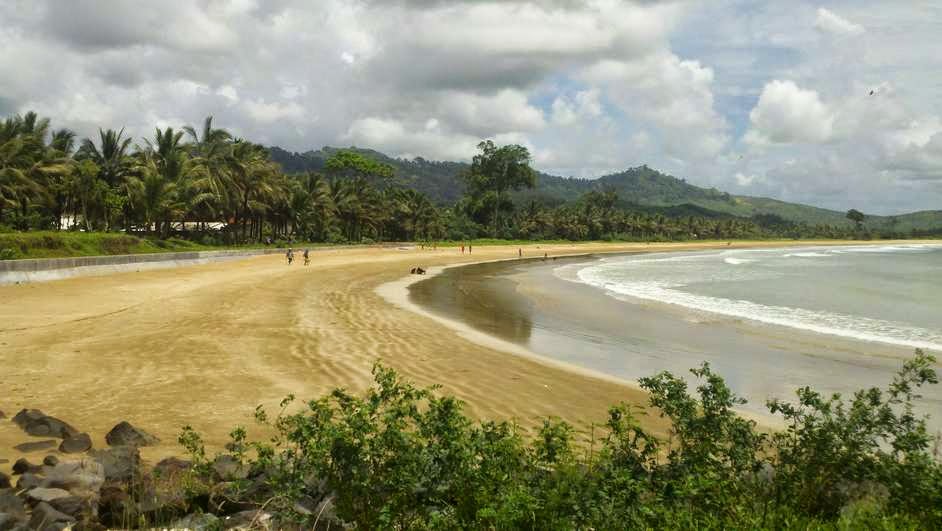 Banyuwangi Tourism – Pancer Beach is located in Sumberagung Village, Pesanggaran District, southern Banyuwangi. the location is still one lane with Pulau Merah Beach, only a few km to the north. If you visit Pulau Merah Beach, before arriving at your destination, you will see directions to Pancer Beach. So there’s nothing wrong if you go to Pulau Merah while taking the time to stop by Pancer.

From the center of Banyuwangi it is approximately 64 km to the south. Or if from Jajag terminal to Pancer it can be taken approximately 1 hour away by public transportation. Pancer is the end of the highway, because after that there is no road that can be passed, it is cut off by the beach. Pancer Beach in 1994 there was a very large natural disaster, namely the Tsunami. Not a few residents of Pancer Beach and its surroundings were victims at that time. Until now people are still traumatized by the incident. 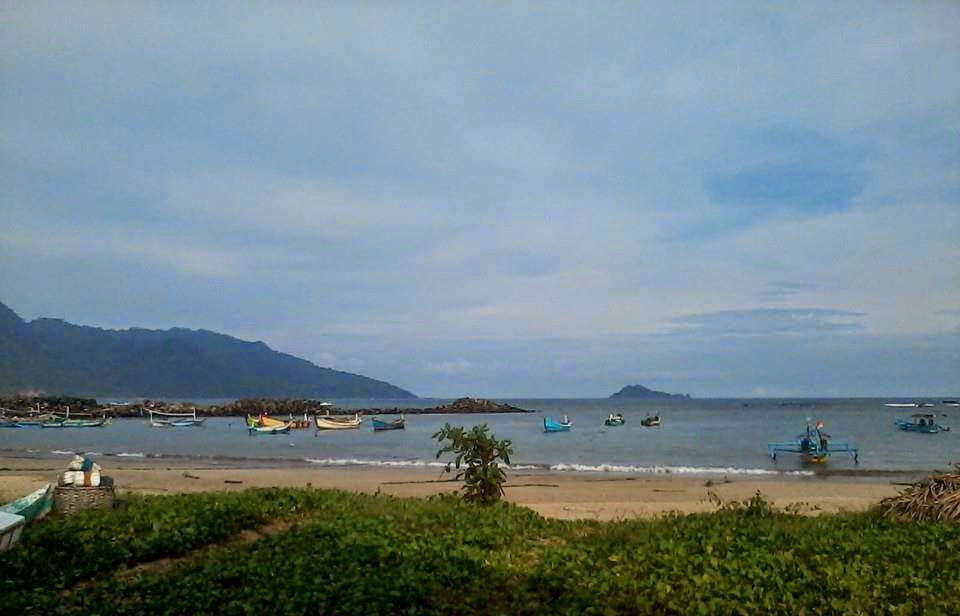 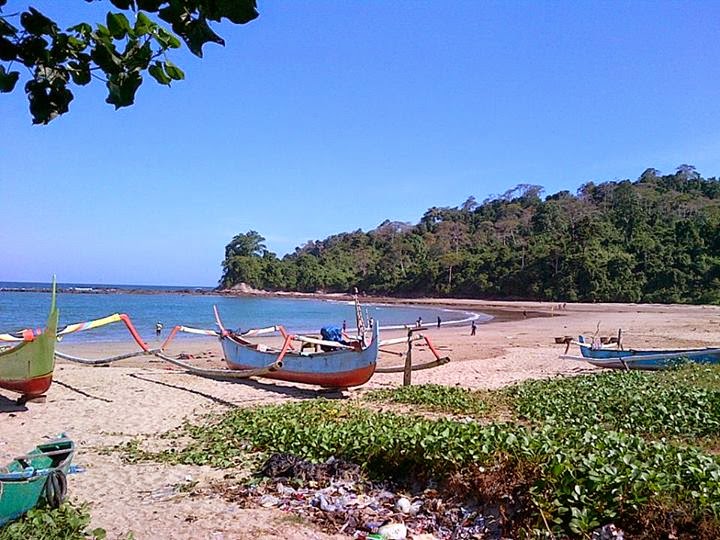 The name pancer is taken from the name of the boat controller. Pancer is one of the hamlets which is famous for its harbor for fishing boats looking for fish. No wonder the majority of the population are fishermen. The fishery potential at Pancer Beach is very large and includes the largest fish income in Banyuwangi. There is a large fish auction here. Various types of sea fish are sold here, especially in the morning. Many visitors to the Red Island beach stop by at Pancer Beach to shop for fresh fish, then the fish will be burned with their families on Red Island Beach.

This beautiful Pancer beach area is located at an altitude of 0-1200 meters with an average temperature of 22⁰ C – 30⁰ C. To the left of Pancer Beach there is a group of mountains called Mount Tumpang Pitu. As the name implies, this mountain consists of 7 mountains that are lined up as if they seem to overlap each other. This is where there are abundant gold mines, which invites many local people to switch professions from fishermen to gold miners. 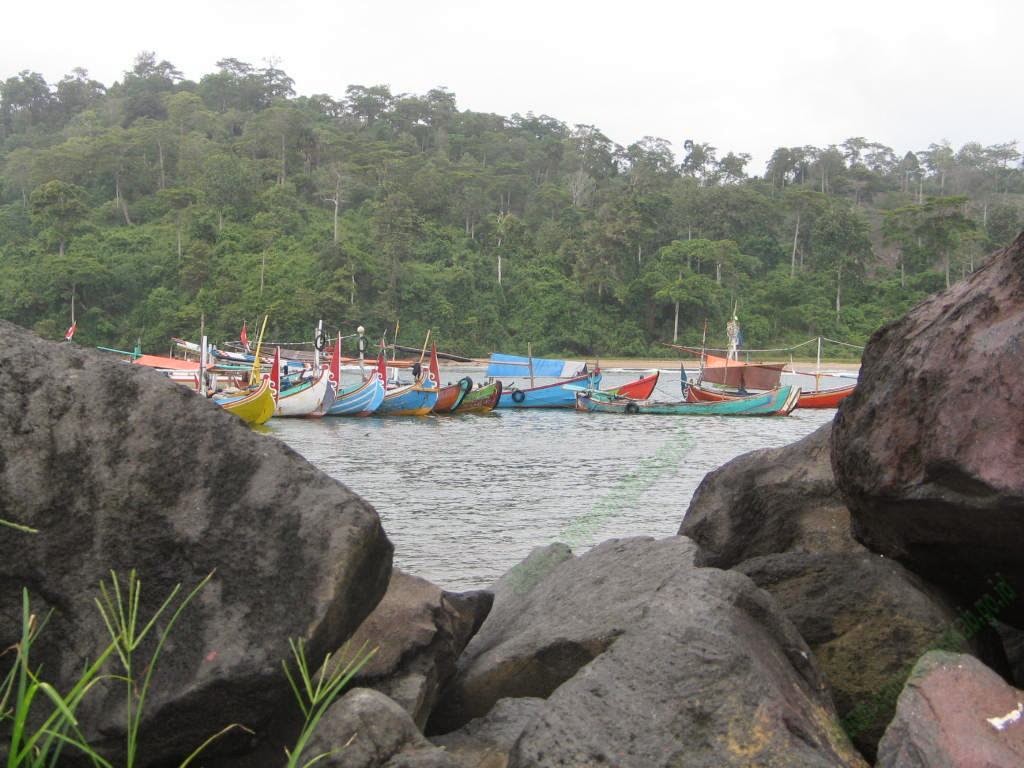 Pancer is visited by many tourists who come from outside the area to enjoy the beauty of the beach from the top of the stone pier that rises to the south from the coast of pancer, there are also people who come there for the purpose of channeling their hobby of fishing on the pier. Because Pancer is a fish port, many of the immigrants hunt for fish at traders at TPI (fish auction place) and sometimes foreign tourists come to enjoy the waves for surfing in the western area of ​​Pancer Beach, about 100 m to the west. west of the Pancer pier. 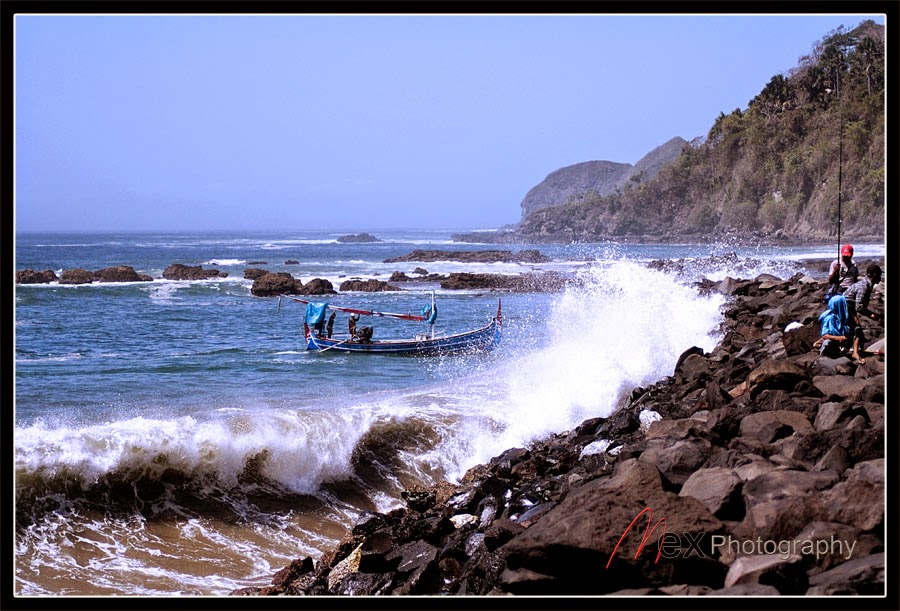 There is another beauty of Pancer beach, namely sunset (sunset) in the afternoon which can be enjoyed directly by immigrants by walking southwest from Pancer beach for about 1 km, passing through large rocks and rocks that lie along the road.

If you want to enjoy the marine nature around Pancer Beach longer, you can stay at a home stay around the red island beach.