Traveling can be done for any purpose. There are tourists who prefer to enjoy natural tourism so that they visit natural attractions. There are also tourists who like game tours, history, culture, and so on. For those of you who like historical tourism, maybe you can visit historic cities such as Semarang, Jogja, and several others. However, there is also a tourist attraction in Aceh that is suitable for historical tourism as well as spiritual tourism, namely the Aceh Tsunami Museum. Here are some explanations about this one museum.

The Uniqueness of the Tsunami Museum

Holiday Tips to Aceh is to visit places that can provide a different spiritual experience. There are still traces of a terrible event in Indonesia a dozen years ago, namely the Tsunami that hit Aceh and parts of North Sumatra. This terrible disaster was even one of the greatest natural disasters in history. The tsunami even hit other countries that were affected. But Indonesia is the worst.

As a warning, in Aceh there is currently a museum that will remind visitors about the natural disaster, namely the Aceh Tsunami Museum. This museum was officially opened at the end of February 2009 as a memorial or monumental event of the disaster, as well as a reminder that humans cannot escape the power of God.

The uniqueness of One Unique Museum in Indonesia this can be seen from the concept and the building. Where the museum building is a unique new building created by architect Ridwan Kamil. This museum was built after an architectural competition was held for the Tsunami Museum project. The museum was built by spending approximately 140 billion rupiah. No wonder this building is very beautiful and majestic.

Rooms at the Tsunami Museum

Here are some of the rooms in the Aceh Tsunami Museum that can be visited. 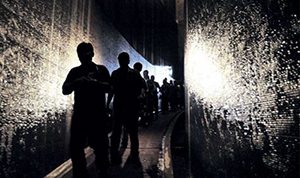 Once visitors enter the museum, they will find a dark hallway in the reception area. This hallway is narrow and high with a height of up to 40 meters. There is an effect of falling water so it is likely that visitors will get a little wet.

The narrow, dark, and high alley with the flow of falling water reminds visitors of the tense atmosphere when the Tsunami struck.

After passing through the dark alley, there will be a fairly spacious room containing pictures and photos of the post-Tsunami disaster. There are pictures that show the destruction of buildings to evacuation efforts for victims. 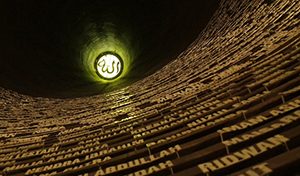 After passing through the exhibition hall, visitors will be invited to enter into a dark room again. This room is called The Light of God. Just like his name, in this room will be found the writing of Allah above.

The writing shone with light and illuminated the dark room that was shaped like a chimney. This dark room contains the names of the victims of the Tsunami.

The impression obtained from this space is a spiritual impression that the victim has returned to Allah and implies that Allah has power over all creatures. So that this place can also be said as one of the Religious Tourism Places in Aceh. 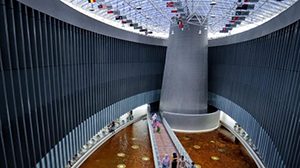 Visitors who have exited the dark room of The Light of God will continue their journey towards the winding path that exits the chimney. The impression obtained is a struggle against the swirling tsunami waves.

After that the exit will show the Harapan Bridge where the bridge is slightly uphill. There are about 52 country flags from all over the world. These countries are countries that help Indonesia when disaster strikes.

There is also a documentary about the Tsunami natural disaster with a duration of about 15 minutes. You can visit there to see the film in order to better understand the situation and matters related to the Tsunami itself.

Those are some of the main rooms of the Aceh Tsunami Museum as one of the tourist attractions in Aceh that can be visited while you are there. Besides that, there are other facilities there such as souvenir shops, places to eat, and so on.

You can visit the Tsunami Museum in Aceh every day except Friday, because Friday this place is closed. Opening hours are from 09.00 – 12.00 and will reopen at 14.00 – 16.30. The good news is that there is no entry ticket price to go to this museum, aka free. So that this tourist attraction can be one of the recommended tourist attractions when visiting Aceh.

If you use public transportation, you can use city transportation called Labi-Labi by local residents. Labi-Labi heading to the Tsunami Museum is number 05, which is the Punge – Ulee Lheu Terminal. You can find these Labi-Labi at the base in Keudah Terminal, which is near Baiturrahman. Labi-Labi fare is also cheap, which is only IDR 4,000 per person.

If you use a motorized trishaw bentor, then the fare is approximately Rp. 15,000 to Rp. 20,000 per rickshaw. The price can be negotiated with the rickshaw invaders. City transportation and bentor can be selected according to your individual tastes.

Those are some explanations about the Aceh Tsunami Museum that you need to know. Also know the List of Tourist Attractions in Aceh for those of you who want to visit Aceh so that you can enjoy tourism there according to your tourist tastes. Hopefully the explanation above is useful for you.