the most beautiful waterfall in the world that we have summarized below will take you to see how spectacular “heaven” is on earth. Waterfalls that are scattered all over the planet earth are like natural wonders that always manage to amaze anyone who sees it. Not only does it have a high water flow, but the scenery around it is beautiful, like a land in the middle of nowhere that has never been touched. 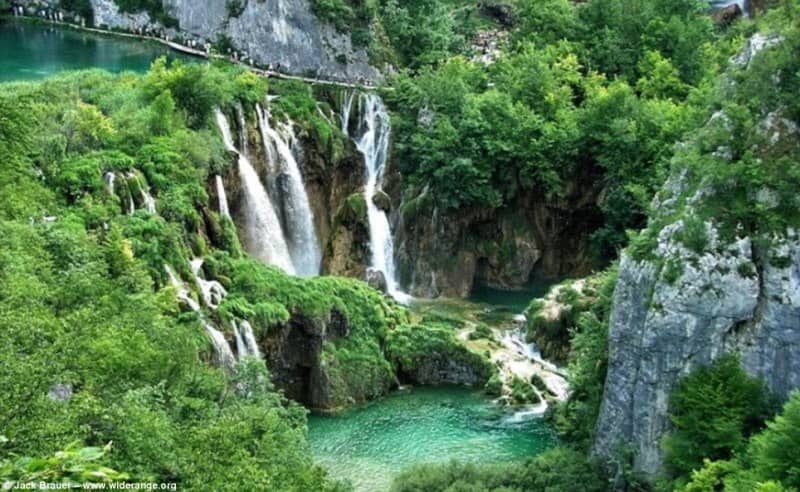 Pitu Tumpang Source Waterfall which is as clear as glass 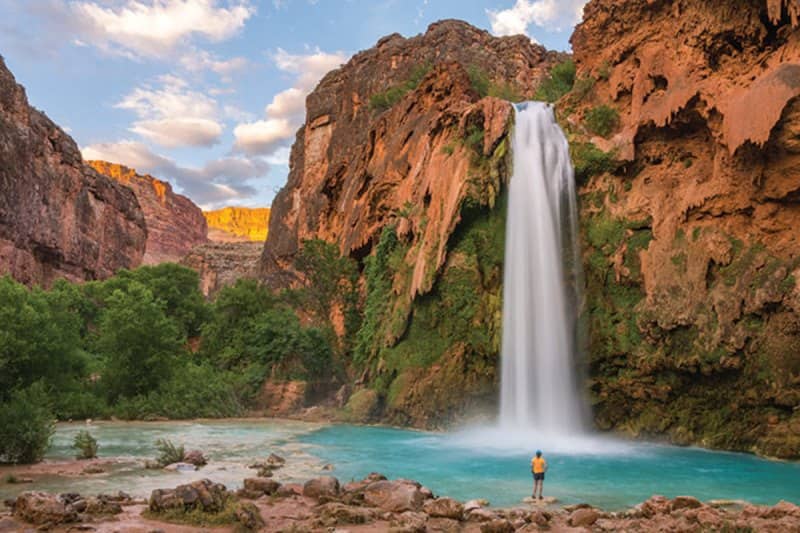 Havasu falls is the most photographed waterfall in the Grand Canyon. This waterfall falls on the red rocks, then flows into the turquoise waters. If you visit this place, from a distance of half a mile you can already hear the roar of the waterfall crashing against the rock. 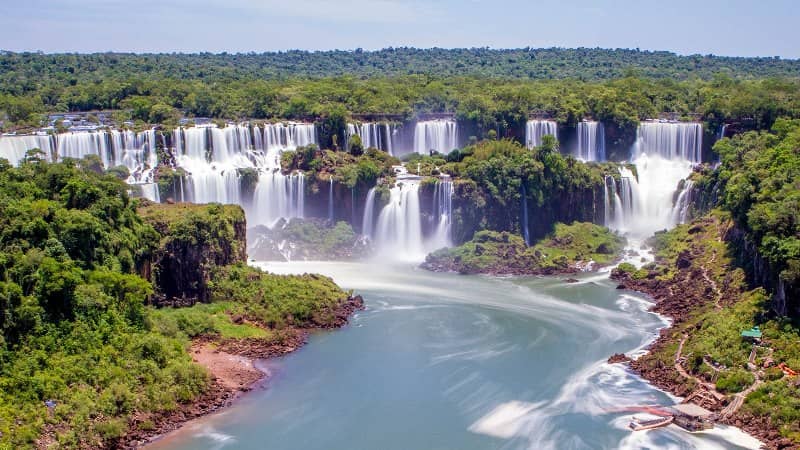 The next most beautiful waterfall in the world is located on the border of Brazil and Argentina, and stretches for two miles of rainforest cliffs. This waterfall is a combination of 275 small individual waterfalls, which are no less beautiful than the famous Niagara Falls. 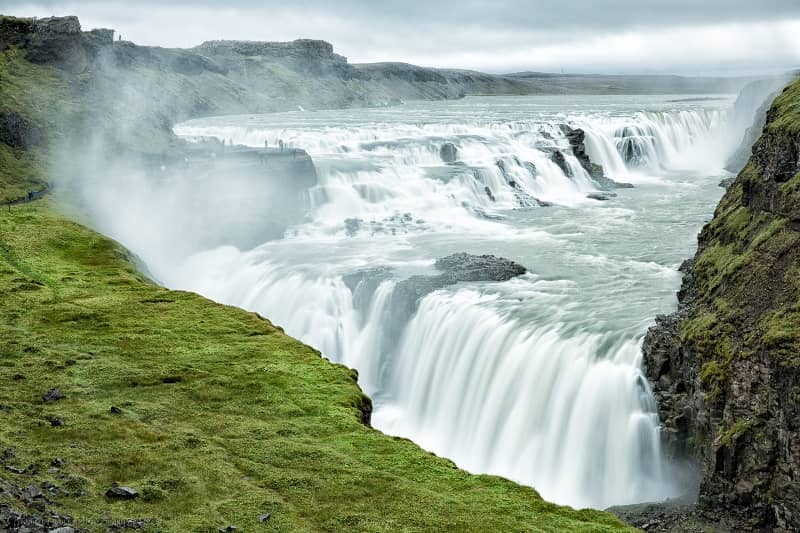 Gullfoss Falls, or Golden Falls in English, is one of the tourist attraction Iceland’s most popular nature. This waterfall is a combination of two waterfalls that slide on the right and left. On summer afternoons, you’ll have the chance to see a spectacular rainbow rising from the sprinkling of the waterfall’s light mist. 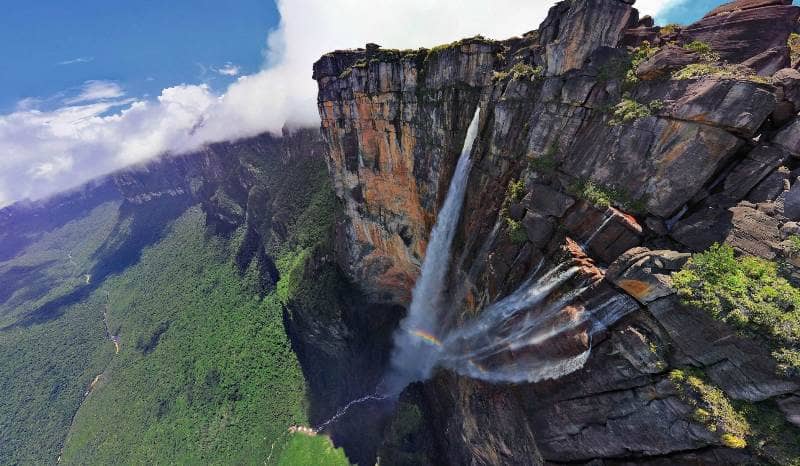 Angel falls are considered the most majestic waterfalls in Venezuela. At about 3212 feet high, and 2648 feet long, this waterfall is located deep in the tropical rainforest. Due to its location in a remote area, this waterfall is often shrouded in fog, but on a clear day, if you are lucky, you will see how spectacular the view of one of the most beautiful waterfalls in the world is. 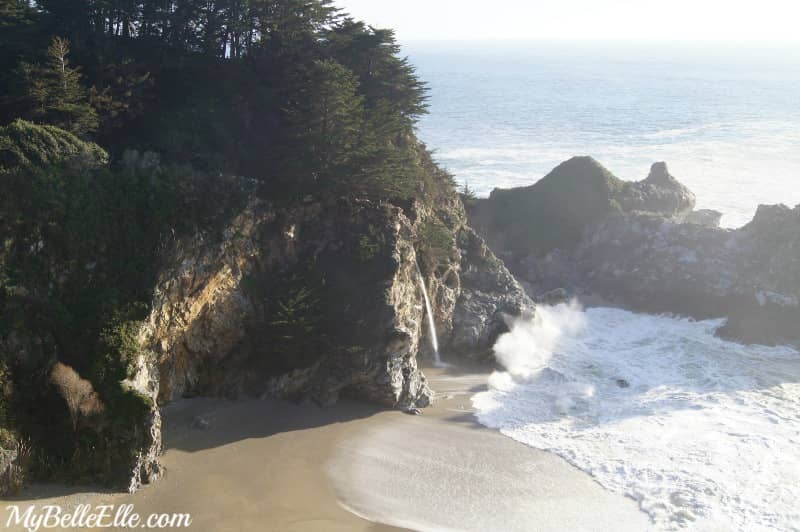 McWay Falls is located on the Central Coast, California. Although not very famous, this waterfall actually has a stunning beauty. This 80-foot waterfall in Julia Pfeiffer Burns National Park slides off a cliff into a sandy area on the edge of the Pacific Ocean. The good news is that this waterfall will flow all year round. So you can come whenever you want. 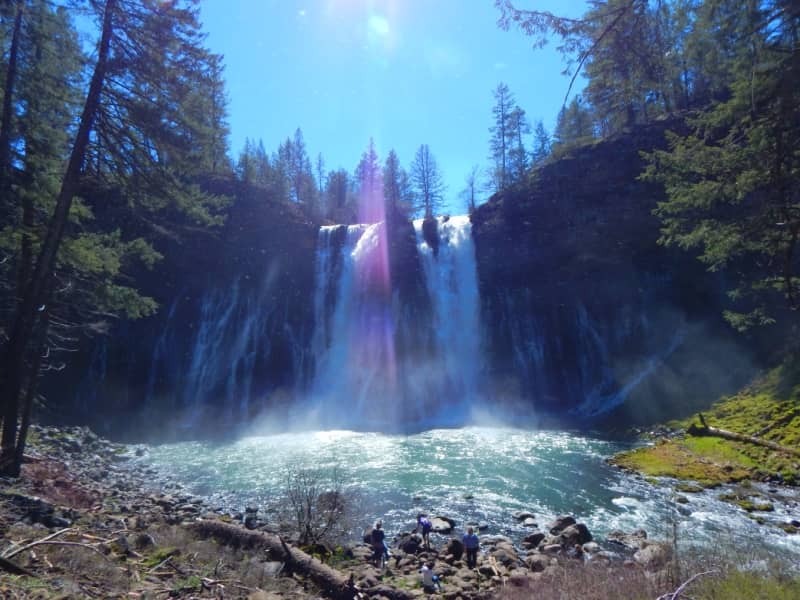 This waterfall, located in McArthur-Burney National Park, California, is also known as the “Eighth Wonder of the World”. This waterfall has a height of 129 feet with an average flowing volume of 100 million gallons per day, even during the dry season. 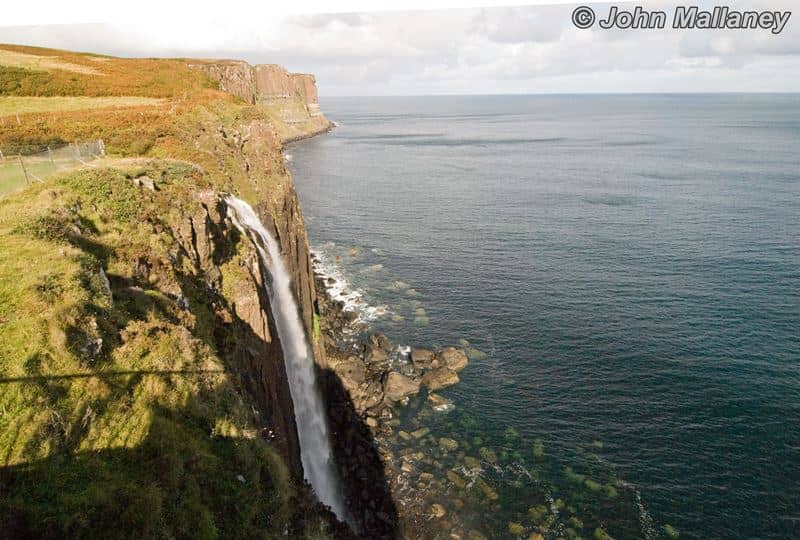 Kilt Rock Waterfall flows down a steep cliff on the Trotternish Peninsula between Portree and Staffin on the Isle of Skye in Scotland. The view of the cliffs combined with a rushing waterfall will not make your eyes tired of seeing it. 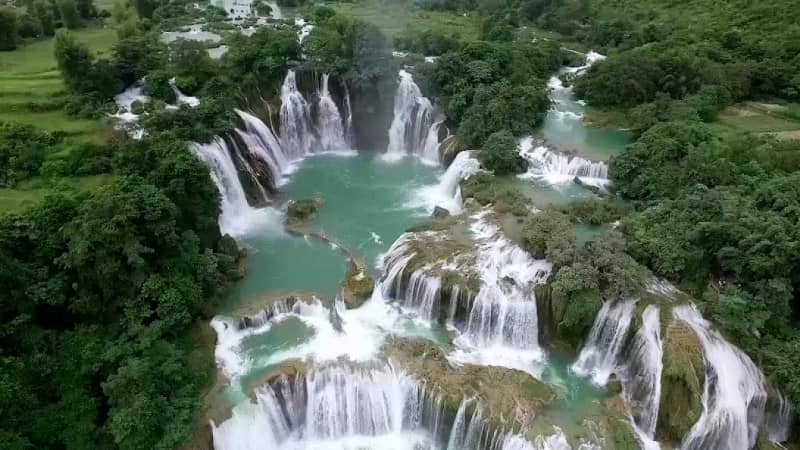 Detian Waterfall does display a unique natural panorama of Asia, flowing between towering rocks that are side by side with fertile rice fields. This waterfall is located on the border of China and Vietnam. 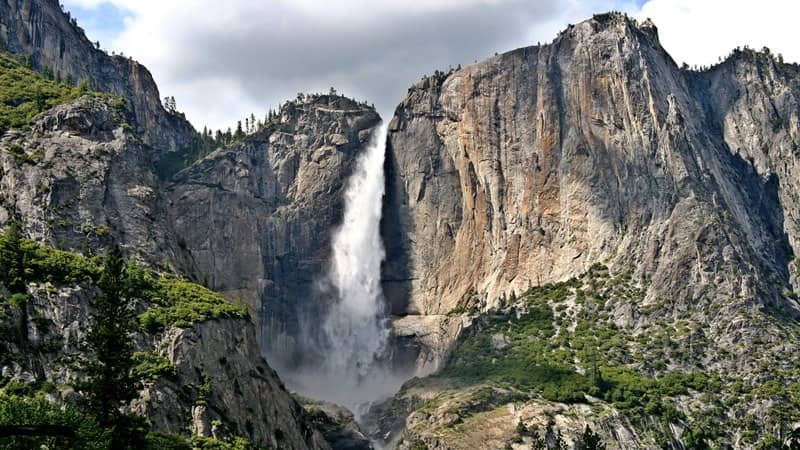 The next most beautiful waterfall in the world is Yosemite Falls, which has a height of 2425 feet. This waterfall only flows heavily in November to July, with peak currents occurring in May. 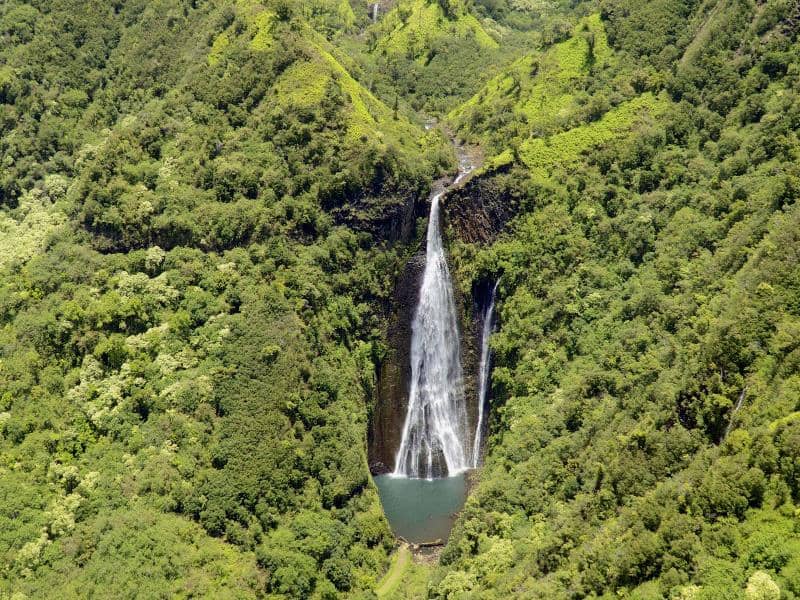 Manawaiopuna Falls is also known as Jurassic Falls, because of its appearance in the movie “Jurassic Park.” This 360-foot waterfall is located on the Hawaiian island of Kauai. 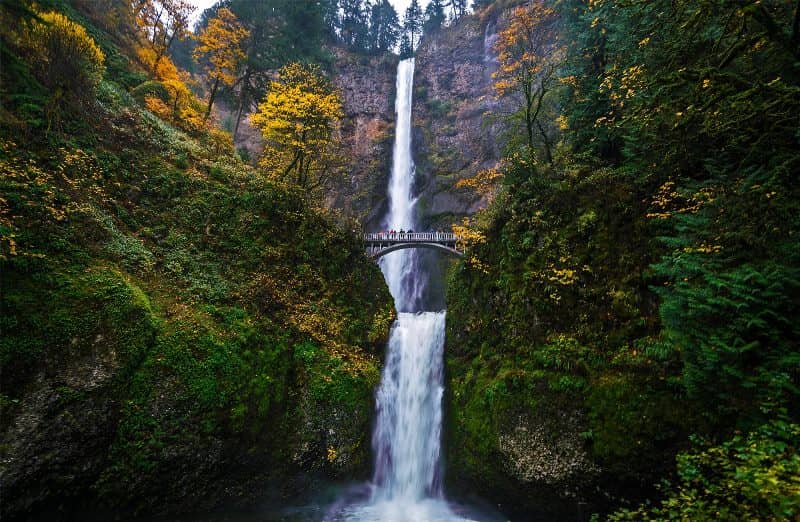 The water, located in the Columbia River Gorge, has a height of 542 feet. It is located not far from Portland, Oregon. The view of the terraced waterfall which is split into two is very beautiful and hard to forget. 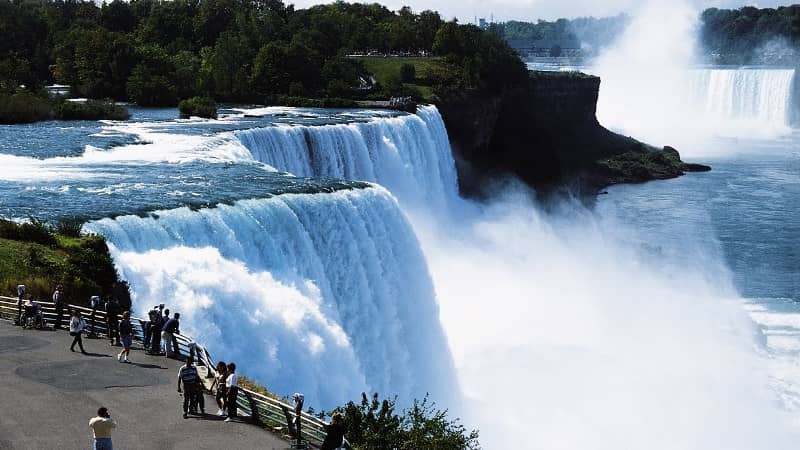 This waterfall seems to be the most famous waterfall on the American continent. Located between the United States and Canada, this waterfall is claimed to be one of the largest waterfalls in the world. 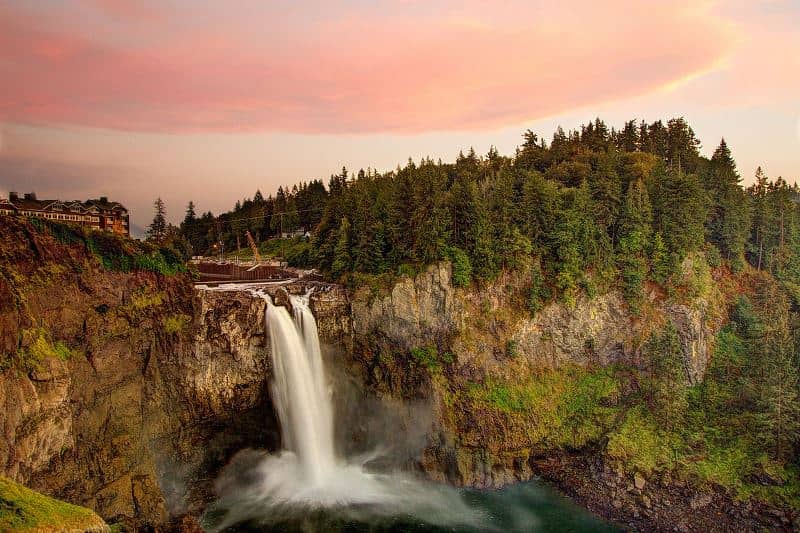 Snoqualmie Falls is one of the most beautiful waterfalls in the Pacific Northwest. This waterfall, which is located west of Seattle at the foot of the Cascade hill, has often appeared in a number of popular films and TV series, one of which is “Twin Peaks”. 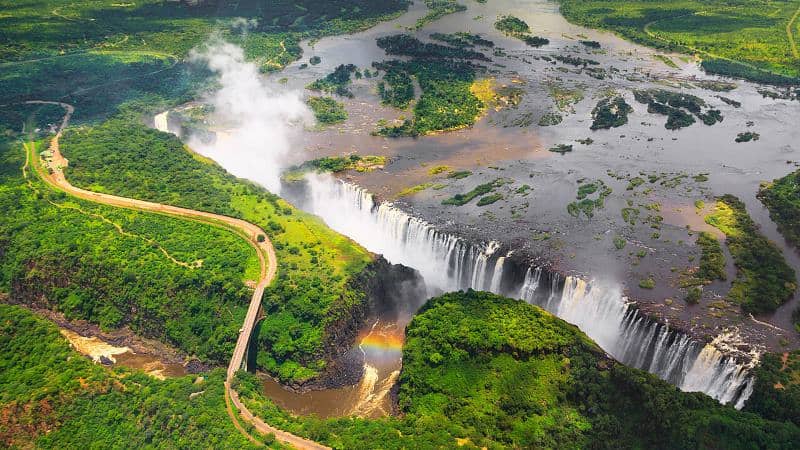 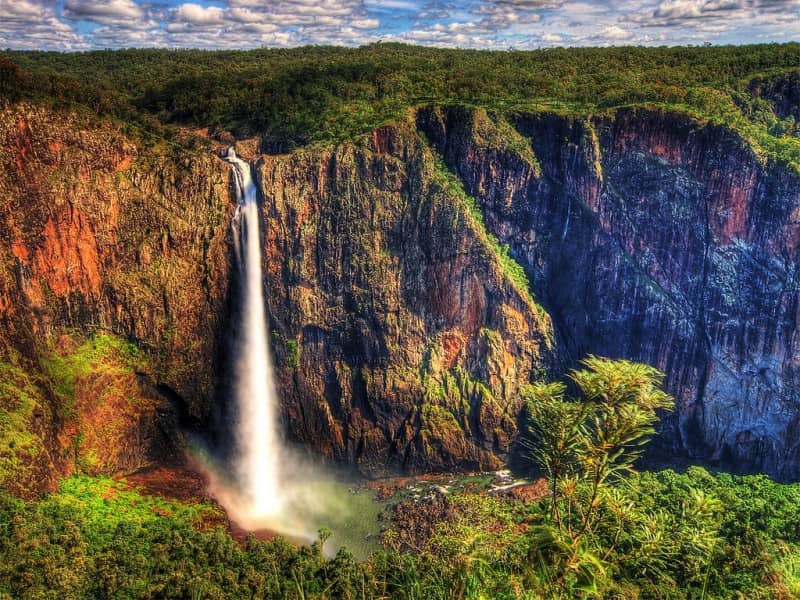 Wallaman Falls, located in Girringun National Park, is the tallest waterfall in Australia. This waterfall is part of the Wet Tropics World Heritage Area, where many rare plants and animals live and breed. 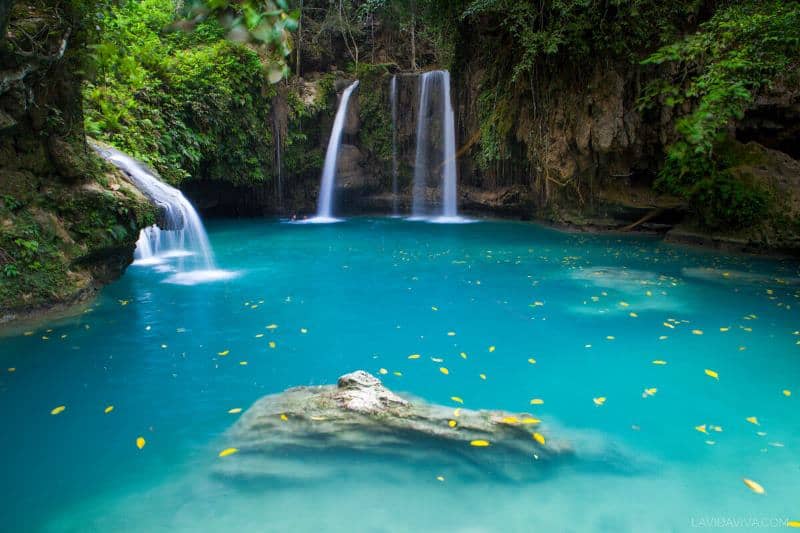 The Falls area is located in the Philippines in Badian, Cebu. This waterfall is often nominated for the most beautiful waterfall in the world. The Falls area is surrounded by lush tropical forest, between the Barangay Matutinao and Badian mountains. 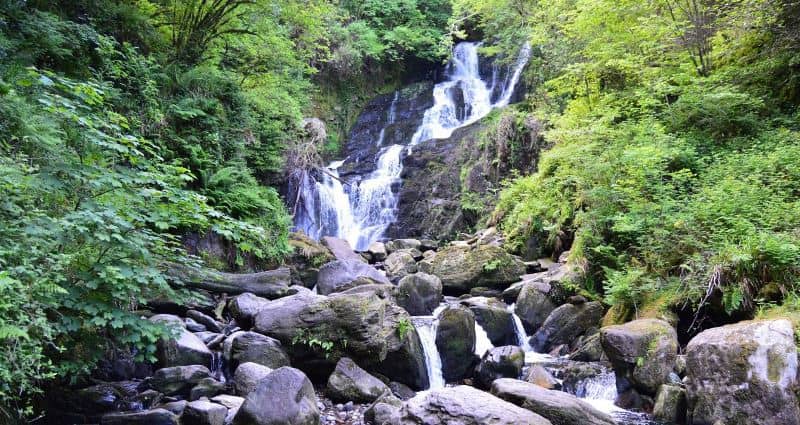 Torc Falls is part of Killarney National Park, Ireland. This waterfall rises 80 feet high, and from above, you can also enjoy the beautiful view of the lake that spoils the eyes.

Fairy Falls is a beautiful waterfall located deep in the Waitakere Range west of Auckland, New Zealand. The water has a stratified form, and flows into blue waters. 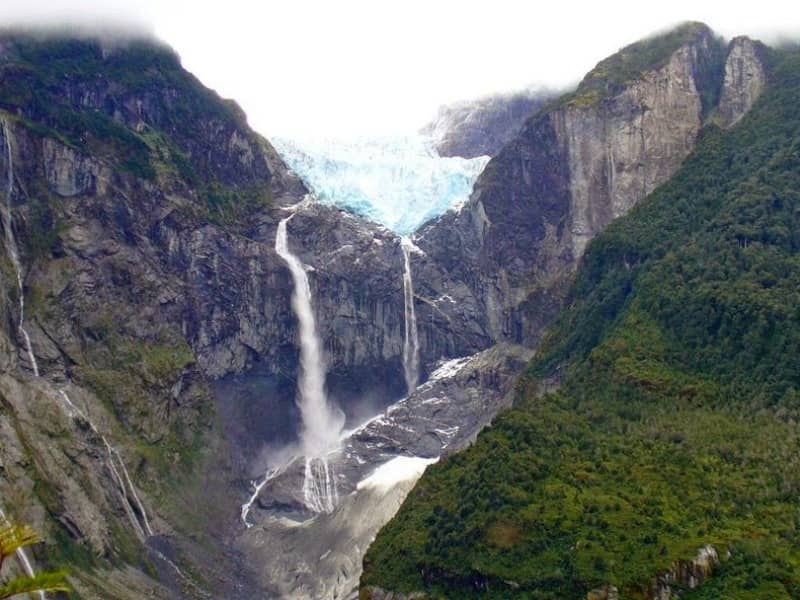 Ventisquero Colgante means “hanging glacier”. The falls are in Chile’s Queulat National Park area, and flow 1,400 to 2000 feet into the narrow valley floor below. 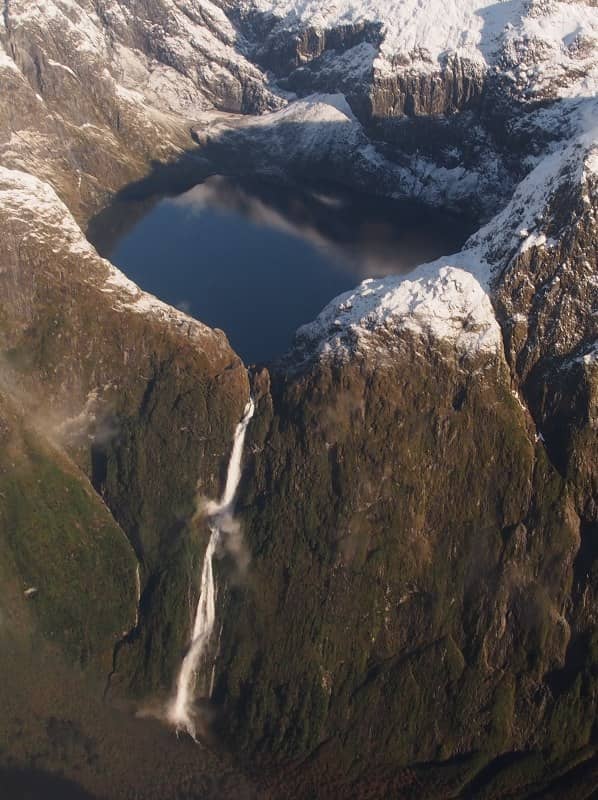 Sutherland Falls is the most beautiful waterfall in the world owned by New Zealand. The location is deep within Fiorland National Park. 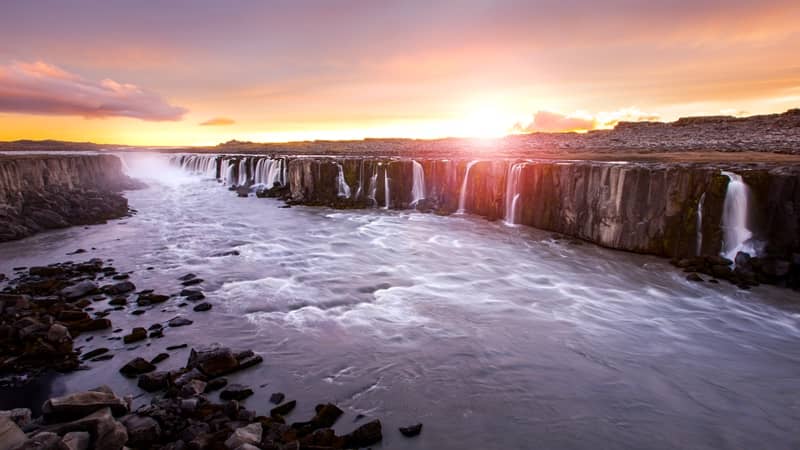 You can feel the wild scenery around this waterfall. With a height of about 44 meters, this waterfall flows water with a volume of approximately 500 m3 per second. 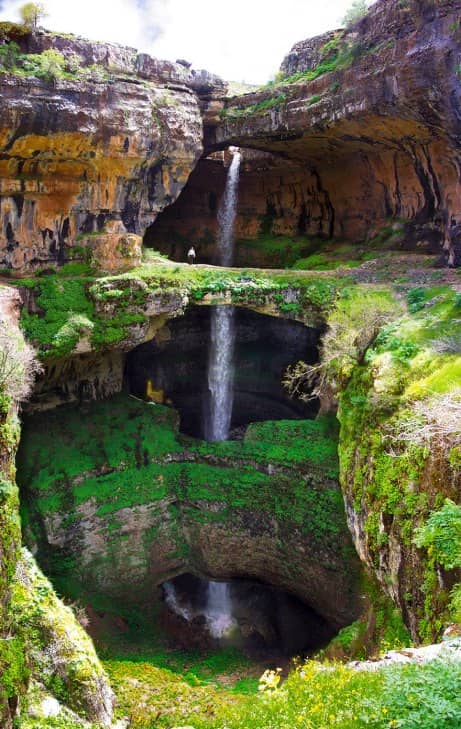 This waterfall, located in Lebanon, has a height of about 255 meters. What is often of concern is the Baatara Pothhole which is a cave formed from limestone. The cave has existed since the Jurassic period. 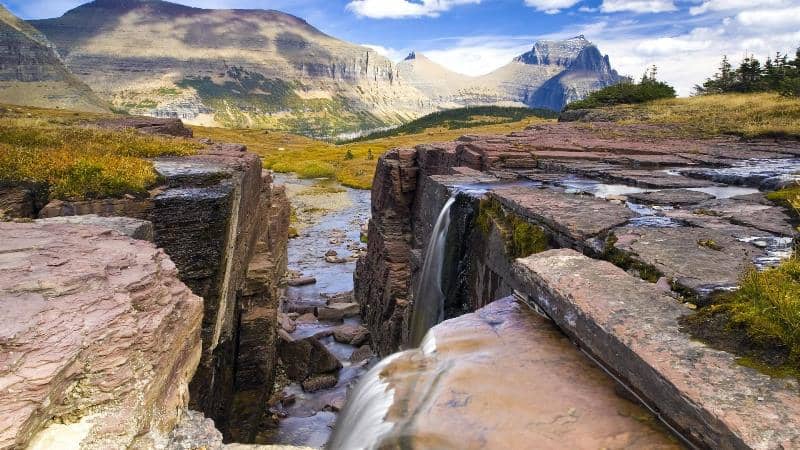 South Africa seems to be home to some of the most beautiful waterfalls in the world, one of which is Tugela Falls. This waterfall has a height of about 948 meters, and is located in the Royal Natal National Park area. 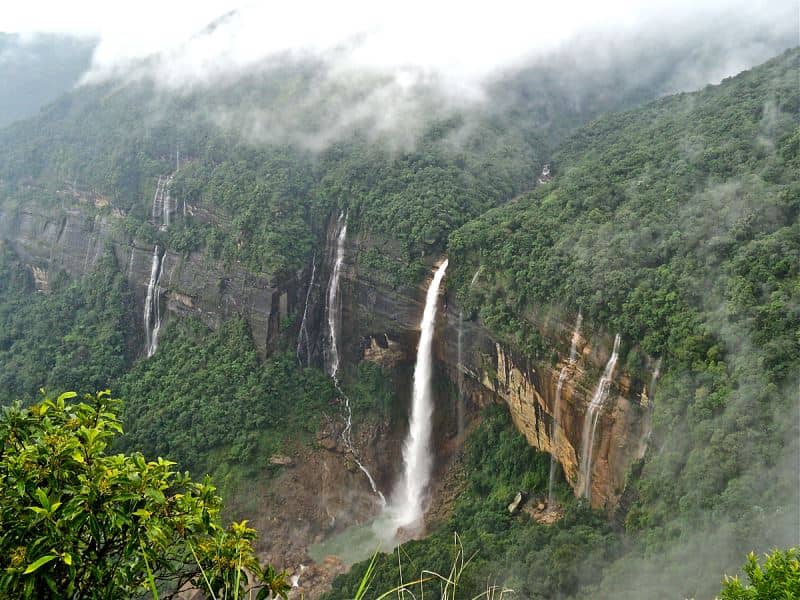