The world of tourism is a very broad world and has many kinds. The diversity of this type greatly affects the distribution and emergence of new tourist objects which will certainly greatly benefit the parties involved. Especially if we talk about tourism in Indonesia itself. Our country is a country that is rich in tourist attractions.

There are so many tourist attractions in Indonesia that we can visit, ranging from nature tourism, shopping tourism, religious and spiritual tourism, as well as sports tourism which has recently begun to get attention. One type of tourism in Indonesia is Cultural Tourism. Indonesia is a big country with many kinds of culture that makes us not inferior to other countries. There are so many advantages of cultural tourism in Indonesia. Our country has a long history and produces a lot of very high and very amazing culture.

The 12 elements above are elements that must be met by a culture in order to attract tourists to visit the location. The advantages of tourism in Indonesia are taken and summarized from the twelve elements mentioned above. From these elements, several advantages were born, such as:

Education or education is a very important thing for the people of a country. This relates to the identification of the country’s identity. Culture is an important element of a country.

This is because culture is one of the important identity holders of the nation. Therefore, by learning about a culture, we will know more about the identity of our own nation, in this case the Indonesian nation. 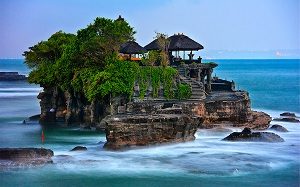 These two advantages have become a complete package. If we study the history of a culture that exists in Indonesia, then we will find various meeting points for why that culture emerged. In addition, we can also find out from the purpose of creating a culture. Cultural tourism which can also be a historical tour will be able to explain and provide knowledge for visitors about the initial function of a cultural site. 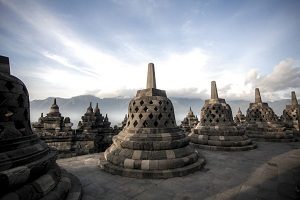 Many of the cultural sites in Indonesia were originally formed as places of worship. Even these sites are still functioning until now. At certain times religious sects will use the site for ceremonies.

For example, the use of Borobudur Temple for Buddhist religious ceremonies during Vesak, as well as several temples in Indonesia. The opportunity for cultural site tourism to become a religious tourism place is very likely. This is because there are still a lot of people who consider and make a certain cultural site the site of their religious sect, or that represents their beliefs. However, sometimes some cultural sites can also be spiritual tourism that has nothing to do with religion.

If we come to visit a cultural site to admire the beauty of its architecture, its splendor and the techniques used in the manufacturing process then we can feel comfortable there. The purpose of religious tourism itself is indeed a comfort that is obtained by visitors and it has nothing to do with the flow of belief. Some sites and perhaps even most cultural sites have an advantage in this regard.

This is something that is commonly found or done in various tourist attractions. However, spending time visiting the various cultural sites that exist will certainly be very interesting to do. Especially for those who are married and have children, by visiting cultural sites we have helped preserve and teach children. This learning becomes very important, especially children will be very easily attracted by something magnificent and amazing. This can be found and realized by visiting existing cultural sites.

In addition to the advantages mentioned above, there are still several advantages possessed by cultural tourism. Some of these advantages such as

Those are the advantages of cultural tourism that you can know. There is nothing wrong with visiting cultural sites in the country, to get to know and know more about our own nation. Hopefully the information was useful.