Skip to content
Menu
PCP Information
Information you need to know from around the globe
Home Destination 10 Most Haunted Cities in the World, You Can Visit Dracula's House
Comment

KOMPAS.com – People who love mystery and horror are likely to really like coming to places that can be called haunted and spooky.

There are various places in the world that are known to be spooky and have a mysterious background story.

The following is a list of the most haunted cities from around the world, quoted by Kompas.com from CN Travel, Thursday (6/1/2022).

Also read: 6 Most Popular Dead Cities in the World, There are Former Billionaires’ Playgrounds

The most haunted city discussed first was Prague, the city was referred to as a historical place with many ghosts. Visitors to this city are likely to see the headless Knights Templar or hear the screams of a suffocating demon in Houska Castle Castle, the Czech Republic’s “Gate to Hell”.

Also read: 15 Tallest Buildings in the World, Some Have a Square Hole at the Top

One of the scariest places in Singapore and close to the beach is the Old Changi Hospital. 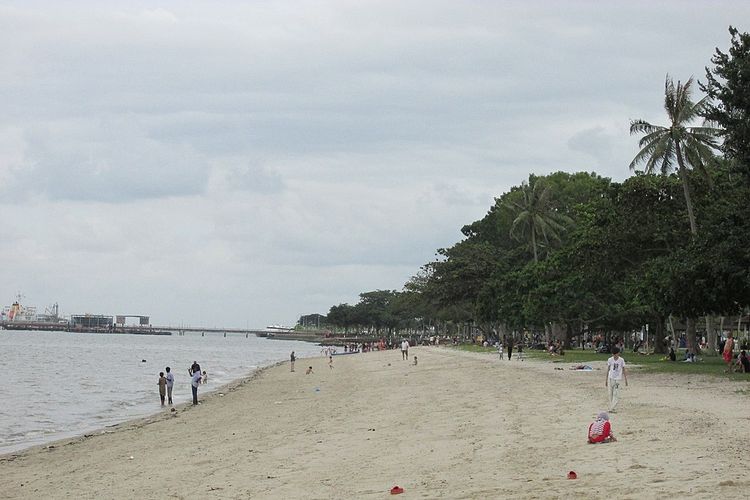 It is known that the hospital was once used to detain and reportedly served as the location for torturing around 50,000 Allied prisoners during World War II.

Also read: 5 Most Modern and Advanced Cities in the World, There are Cities from India

People in the vicinity claimed to have heard screams echoing in the area.

Fans of the story of Dracula will surely love the historical city of Transylvania. The city is the birthplace of Vlad the Impaler, a ruthless Prince of Wallachia and the inspiration for the legendary novel by Bram Stoker.

Also read: 5 of the world’s smallest airports, there are runways on the beach

When coming to this city, tourists can visit the childhood home of the Prince of Wallachia, including seeing the torture museum or coming to the Holy Trinity Church at night.

There are two of the most popular tourist attractions in London, namely the Tower of London and Westminster Abbey. The two locations are known to be haunted by royal spirits and the ghosts of monks, respectively.

In addition to those two places, horror fans should also stop by the notorious Highgate Cemetery.

Also read: 10 Most Beautiful Mosques in the World that You Must Visit

Who knows when they come to that place, a vampire is hiding in Swain’s Lane.

Besides London, another city in England that is famous for being haunted is Edinburgh, the capital of Scotland.

The city is home to dungeons filled with ghosts from a horrific past. For those who dare to visit this city, don’t forget to stop by the Real Mary Kings Close in Edinburgh’s basement.

The place is very scary because it used to be used as a home for the victims of the black death plague who were quarantined who were eventually left to die.

A Diplomat Hotel is abandoned in the city and has dark ties to World War II. The victims of war crimes allegedly haunted the building, in addition to the visitors of the White House Laperal will also make goosebumps.

Moreover, coupled with the dark history of violence involving torture and murder. This city was once full of violence then ended tragically with the arrival of a yellow fever outbreak and a big fire.

After the incident the town is said to be haunted and the sound of the dead often echoes in Jackson Square in the French Quarter, a historic landmark from the 1960s.

For those who like to seek a gruesome experience, can come to LaLaurie Mansion, home of Madame LaLaurie, one of the most famous serial killers in the world.

It turns out that in addition to masks and gondola tours, Venice is also famous for the Island of Poveglia which is often referred to as the most haunted place in the world. It was once home to a colony of exiled plague victims and a sinister sanctuary.

Today the abandoned island is a popular destination for ghost hunters.

Also read: 10 Tourist Attractions in Purwokerto that You Must Visit It is said that visitors may see some of the deceased former prime ministers wandering the halls.

Even Prime Minister Ben Chifley is also rumored to be haunting the Kurrajong Hotel. He had died of a heart attack in 1951.

Texas has a haunted and famous place namely Fort Alamo, then there is the courtyard of the San Fernando Cathedral which is said to be visited by shadowy figures and spirits after nightfall. Visitors often even report that they see monks and veiled men dressed in black.